Protesting in the cold

While conditions seemed bleak for those protesting at Zuccotti Park during the late-October blizzard on Saturday, spirits weren’t totally broken. In fact, some people were actually partying (as they are wont to do at OWS); with the sounds of drumming and trumpeting apparently not bothering the neighbors as much when they are tempered by the sounds of the wind howling.


Reuters also made a video, albeit one without the trombone guy. Our question is: did they have a Halloween party where people went trick-or-treating through various tents? 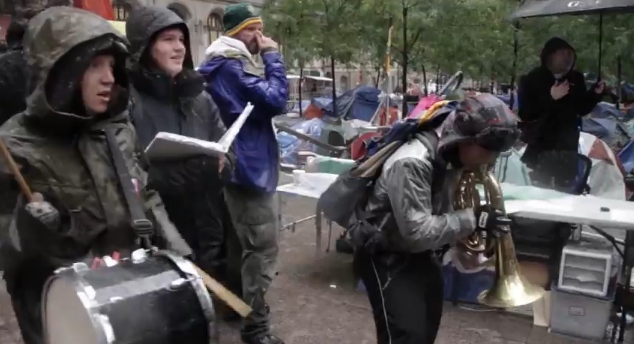