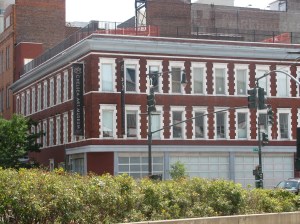 The three-story home of the long-beleaguered Chelsea Art Museum has been leased to computer giant Hewlett-Packard. According to the New York Post, the museum will be able to stay in the space through the end of the year. HP signed a 10-year lease for the 34,500-square-foot three-story building, which dates back to 1850.

HP will be one of the rare businesses not involved in art in the neighborhood. Located at the western edge of 22nd Street, it is just down the block from three Matthew Marks galleries, Friedrich Petzel Gallery, Sonnabend and other Chelsea mainstays.

What HP will do with the space is anyone’s guess. Says the Post:

“Sources said HP has ‘special’ plans for the building, but everyone zipped their lips and deferred to the tech giant which, in an e-mail stated, ‘HP does not comment on our real estate beyond what is publicly available information.’”

The Chelsea Art Museum filed for bankruptcy last year, and was bailed out in January when Albanese Development Corp. and Richard Born purchased the building. The pair made the deal with HP. A call to the Chelsea Art Museum about the its plans was not immediately returned.

The Dia Art Foundation has said it plans to build a new museum on the same block, though no date for that construction has been set.