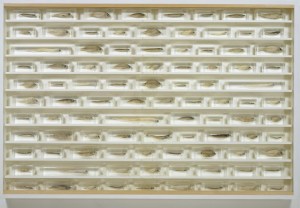 The article is basically a compendium of enthusiastic quotes from people that have either spent a lot of money or made a lot of money.

Pace Gallery’s Arne Glimcher: “We have sold a lot of works. We are feeling no impact from the financial crisis.”

Canadian collector Francois Odermatt, on the blue Anish Kapoor sculpture he purchased: “I bought the same one in red at the Basel fair this year.”

And according to Hervé Odermatt, a former gallery owner, China is “keeping the art market afloat.” He adds: “There are more and more millionaires in China. You might have a luxury car, or diamonds–if you don’t have art on your walls, you’re seen as a peasant!”

Yeah. No one wants to be a peasant.

We get more of the same gushing in Bloomberg:

Matthew Armstrong, the curator for Lightyear Capital said, “The fair has zip to it this year.”

Someone has to be having a bad day at FIAC, right? Maybe some dealer stubbed a toe or tripped over a pile of money?