Maywood Mayor Tim Eustace and Councilwoman Marianne Auriemma formed the antagonists in an intra-party feud that ended when Auriemma changed her party affiliation from Democrat to Republican and prayed publicly that Eustace doesn’t become a 38th District Assemblyman.

Now at least one of their local Town Hall greatest hits is surfacing as campaign fodder.

In the case of Auriemma this past summer he just became very frustrated with her argument that a police captain should not be able to transfer his unused sick time to a fellow officer who was sidelined by a stroke.

At that particular council meeting, Auriemma complained that Eustace was shutting her down before she could speak.

The mayor – after many attempts at reasoning with the talkative Auriemma – went nuclear.

“You get to speak your mind every week,” said Eustace. “You tell us we do illegal things; you say the most bizarre things – we can’t shut you up saying stupid sh-t.”

Auriemma said she didn’t mind the mood going back alley.

“You can curse at me,” she said. “I was raised by an Italian in Union City.”

She said her primary worry was cheating the taxpayers and allowing cops to pull end runs around the public. But since saddling up with the other side, Auriemma said she doesn’t think Eustace’s temperament ought to move him up the ladder.

“Personally I like Tim,” she said, “but as a councilperson his demeanor toward people and toward council people is rude and he’s inappropriate. This is a guy who wants to be an assembly person , and yet when you disagree with him, he attacks you.”

Contacted by PolitickerNJ.com, Eustace said he “spoke in the heat of the moment.”

He said another incident in which he jousted in an email chain with a little league baseball rep and finally called the other man “an as-hole” was a private communication.

He said his anger in that instance owed to what he saw was local politicization of the little league program. As a contributor to little league and as mayor he expected not to go to an event and wait 20 minutes behind a Republican councilman before making his remarks at the start of a game.

Running in one of the most intense races in the state right now, Eustace is the new addition to a redistricted team including incumbent state Sen. Robert Godon (D-38) and incumbent Assemblywoman Connie Wagner (D-38).

As mayor of Maywood, Eustace, a professional chiropractor, has a good reputation with the local party. He said he takes pride in helping to revitalize the downtown area, filling seven of ten empty stores during his tenure.

As part of his platform he shares Gordon’s and Wagner’s focus on shared services as a way of minimizing taxpayer costs.

“In some respects, the governor and I match up the same on certain issues,” he told PolitickerNJ.com. “His 2 percent cap is a start but it doesn’t address real high expenses. Taking my experience as a mayor to the legislature, I believe I can help devise ways in which government better delivers services.”

Like Gordon and Wagner, Eustace is pro-collective bargaining, pro-millionaires tax, anti-Opportunity Scholarship Act and distrustful of charter schools, fearing the discharge of taxpayer dollars into private studies rather than public education.

As for old foe Auriemma’s newfound experience as a Republican, “God bless her,” Eustace said. “I hope they have as much success as we did.” 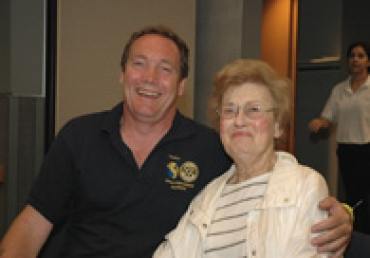