Under attack from Driscoll over the amount of campaign funding he has received from unions, Gordon seized on last week’s ELEC reports and the news of GOP state coffers filled by Gov. Chris Christie from his nationwide presidential tantalization tour.

“Our campaign here has a whole stack of $50 or less in contributions, and meanwhile, John Driscoll’s money is being raised for him,” Gordon said. “It raises questions about how independent he’s going to be of the governor. I’m going to call the issues as I see them. Sometimes I vote against labor bills and sometimes I support them.”

Driscoll said the notion that Gordon is counting up small donations in the main doesn’t add up when one examines the record.

“This is the trouble here,” the Republican told PolitickerNJ.com. “Bob Gordon is a Trenton insider. He’s been down there for eight years. We’ve had flooding issues for decades and Bob chooses the campaign fight of his life to come up with flooding resolutions. I was proactive as a freeholder. I went and took a 25% pay cut last year. …Meanwhile I see Bob Gordon gets 36% of his money from unions. You’re down there voting on contracts for these unions, pension and benefits, and he’s taking CWA money; $5,200 from the teacher’s union two weeks prior to the pension vote. He is not an independent. He is a Trenton Democrat.”

Regardless, ultimately, of the money’s origin, both men express confidence that they will have sufficient dollars to maintain steady artillery cover fire for the next 16 days.

Each one claims to have a very clear and dominant message and is baffled by the message of the other.

“Our first debate yesterday wasn’t much of a debate,” said the incumbent Democrat. “Our team was answering the questions. Our opponents weren’t saying anything. They were sitting there being folksy. What John revealed to me was lack of any command of the subject matter. It sounds as if he has no understanding of the issues and that’s borne out by his incomplete responses to voter guides I’ve observed. I was pretty disappointed yesterday, but at least one side made an effort. John and his running mates seem very much to be winging it.”

Driscoll said the fact that Gordon has no record of lowering taxes when that and jobs are the most important issues facing the taxpayers puts that subject squarely in the center of their contest.

“He rattles off his credentials going back to when he was intern for a congressman, to when he was a councilman in Fair Lawn to the Assembly to the Senate – look, that’s all inside politics for decades,” Driscoll said. “Bottom line: not once did he cut taxes. Every budget he voted for down there in Trenton, he voted for increases in taxes. I voted against the Democrats’ budget last year that would have increased taxes. You know why? I’ve been on the street and I listen to people. I go out to people and talk to them.

Gordon said he has long championed shared services and consolidation as a way of reducing government costs, and said in yesterday’s debate he spoke specifically to that as an issue over which he has direct control.

The attacks from Driscoll amount to a flailing feeding of the national downbeat mood, Gordon insisted.

“If you look at their ads, all they do is link us to Barack Obama and what’s going on in Washington,” said the senator. “We find that an odd approach. I try to present myself with sharp contrasts, while they went negative right away. Normally you try to define yourself as a candidate. They didn’t worry about that.” 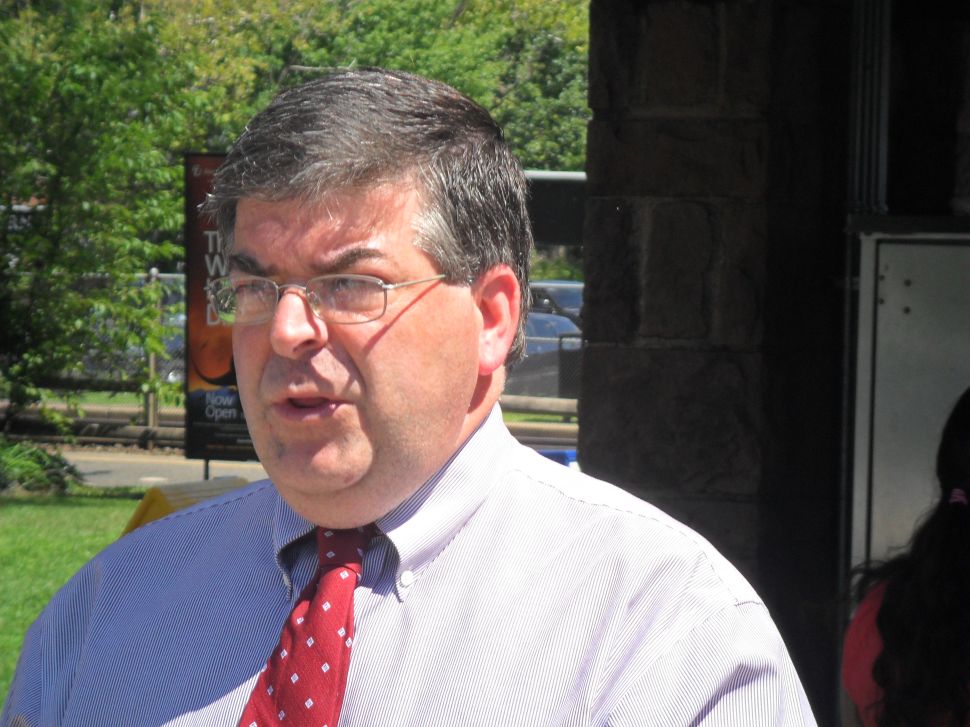