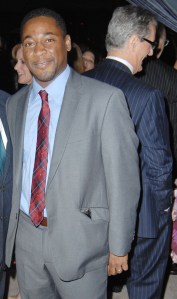 As the Prospect 2 biennial kicked off in New Orleans this weekend, its founder and director Dan Cameron gave an interview to the city’s Times-Picayune to announce that he will step down, clearing the way for Los Angeles County Museum of Contemporary Art contemporary art curator Franklin Sirmans to organize Prospect 3, in 2013.

Here is Doug MacCash of The Times-Picayune:

“Though Cameron originally expected to select artists for the New Orleans show through Prospect.5 in 2017, he now feels it’s time for a change. ‘I’m doing the best thing for Prospect,’ he said. ‘It’s time for us to join the ranks of biennials all over. I didn’t want to be one of those directors who just lingers.'”

Mr. Cameron, who previously worked as a curator at the New Museum, will become a non-paid member of Prospect’s board. In the meantime, he is looking for a new job. “It’s not Dan’s biennial; it’s the city’s biennial,” Mr. Cameron told the paper.

Prospect 2 was delayed by one year because of cutbacks in government funding and difficulties raising money, and its scale was significantly reduced from the inaugural edition, held in 2008.