Committee Chairman Sen. Paul Sarlo, (D-36) Wood-Ridge, abstained from voting, saying he wanted to avoid any potential conflicts of interest since his employer may work on such projects.

“We have reached a tipping point,” the treasurer told the committee. “We need approval now.”

Assemblyman Joe Malone, (R-30), Bordentown, voted in favor of the plan, calling the request “reasonable” and saying it will create jobs and help rebuild the state’s infrastructure.

Bucco supported the requested, calling it a “stimulus package.”

Greenwald also voted in favor, but with concerns. He said there needs to be a long-term plan set up to identify specific revenue sources to help pay for the projects and avoid sinking deeper into debt.

Many of the Democratic lawmakers, while voting in favor of the request, expressed concern that the request basically went against their own demand from a couple of years ago that all state borrowing must be approved by voters. However, state officials and Bucco pointed out the original bonding authority was approved prior to that law going into effect.

In the long run, Sidamon-Eristoff said, the administration intends to continue to take a “pay as you go” approach. The state will pay about $100 million this fiscal year toward debt service and will increase payments in successive years, reaching $600 million by 2016.

“We feel we have structured this plan in a way that is manageable,” he said.

State officials will now have to have legislation crafted before June 2012 for fiscal year 2013.

Prior to the meeting, the N.J. League of Municipalities had issued a call in support of the measure.

“This vital action will contribute, in the short term, to our state’s economic recovery,” League Executive Director William Dressel said in a release. “And it will provide crucial funding that is critical to our state’s long-term prosperity.” 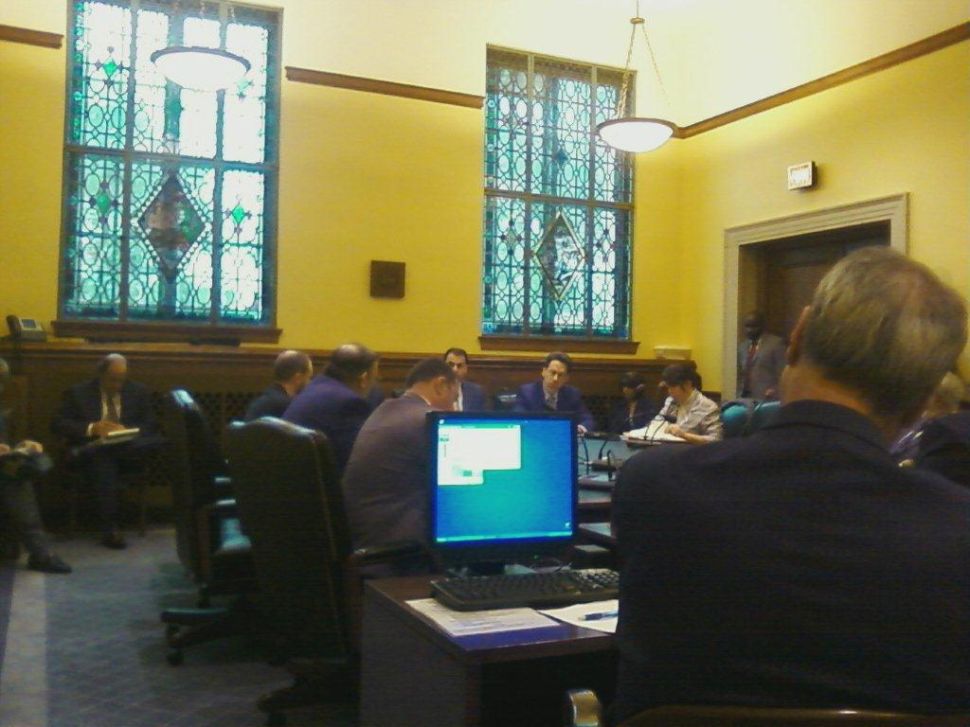