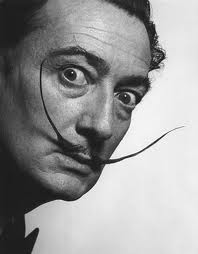 According to Courthouse News Service, an amateur collector from Westchester County claims that the owner of the Salvador Dali Society (which allegedly has nothing to do with the official Gala-Salvador Dali Foundation in Spain) cheated him out of $75,000 for selling him a minor Dali work for more than it is worth.

Sergio Losapio is suing Joseph Nuzzolo of Los Angeles County, owner of the Salvador Dali Society, and Edward Okil, “a self-proclaimed independent and allegedly disinterested art appraisal expert.” Together they sold him a work by Dali, The Atomic Champagne Glass, according to the wire service, a “painting so obscure that a Google search for its name…generates one hit.” (It goes without saying, but this is no longer the case.) Mr. Nuzzolo sold the work for $169,000 and Mr. Okil set its market value at $350,000.

When Losapio put the piece up for auction at Christie’s, the price started at $38,000 and sold for $33,115. Losapio also says he overpaid for several Dali lithographs.