Maybe assessing a majority that yields critical votes for Gov. Chris Christie’s agenda or maybe just feeling an anti-government zeitgeist of these times, Democrats are more likely to disapprove (52%) rather than approve (25%) of the legislature controlled by their own party, according to this morning’s Monmouth University/NJ Press Media Poll.

Toiling in the minority for years, Republicans, however, are more likely to approve (49%) than disapprove (33%) of a Legislature technically controlled by Democrats but influenced at critical moments by the powerful GOP governor.

Patrick Murray, director of the Monmouth University Polling Institute, said he has identified the counter-intuitive partisan split in his recent polling, but sees an even more pronounced breach in this poll.  A Monmouth University/NJ Press Media Poll released last week found that Republicans are much more positive than Democrats about Christie’s continuing claims of Trenton bipartisanship and that appears to be reflected in their differing views of the Legislature.

In any event, a majority of the public still doesn’t believe state legislative races next month will translate into meaningful change, according to this morning’s Monmouth University Poll. Just 33% of New Jersey voters approve of the job their state Legislature is doing while 45% disapprove.  Another 22% have no opinion – similar results of polls taken throughout the year.

“Don’t be fooled into thinking that displeasure with the Legislature is going to lead to a change election,” said Murray. “Aside from the fact that the new legislative map protects nearly every incumbent, Democratic voters are actually more unhappy than Republicans, which may be due to how much the leadership has compromised with the governor.  However, there is no indication they are willing to cross party lines in this election to express their dissatisfaction.”

The Democrats control the legislative map, and most have no problem returning their party’s candidates to office. When asked which party’s candidates they would support in the upcoming election, 88% of Democrats said they would vote for Democrats to just 5% who would vote for the Republican slate or split their vote.  Similarly, 83% of Republicans said they would vote the party line compared to 8% who would cross lines or split their vote.  Independents are somewhat more likely to vote Republican (36%) rather than Democrat (27%).

Just over half (55%) of New Jersey voters reported already being aware of the legislative election when contacted by Monmouth University pollsters just a month before the Nov. 8 ballot.  Only 3-in-10 voters (30%) say they have a lot of interest in this election, including 31% of self-identified Republicans, 30% of Democrats, and 31% of independents.  Another 34% of Garden State voters have some interest, 24% a little, and 12% none.

Barely half (49%) of New Jersey’s electorate say it matters a lot to them which party controls the Legislature and another 26% say it matters a little. This breaks down to a 37% Democratic to 28% Republican preference for legislative leadership.

Another 23% simply don’t care one way or the other.

Even among partisan voters, the percentage who say party control matters a lot to them is not particularly overwhelming, 63% for Democrats and 53% for Republicans.  The number is higher, though, among the most engaged voters (70%).

“Voters may not be paying close attention but they inherently understand the consequences of the new legislative map.  So it is pretty difficult to blame voters for not caring about something which they have little power to change,” said Murray.

The poll also found that New Jersey voters are not particularly well-informed about their Legislature.  Just 51% identified the Democrats as the party which currently holds the reins of power.  Another 16% actually think the Republicans are in charge.  Only 18% of Garden State voters can name at least one of their three incumbent legislators.

The Monmouth University Polling Institute conducted the telephone poll with 693 New Jersey registered voters from Oct. 5 to 9.  This sample has a margin of error of + 3.7 percent. 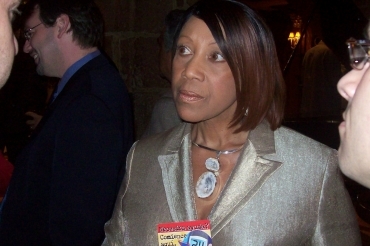