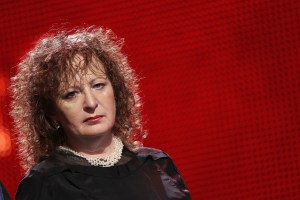 Curator Hetti Perkins has resigned from the Art Gallery of New South Wales over the lack of support for improving the museum’s indigenous art galleries, which she says have been unchanged for 20 years. [The Art Newspaper]

Wine, whimsy and waivers at the New Museum’s Carsten Höller opening. “Sounds like fun,” said Mr. Rosen [at the after party], the real estate developer, collector and chairman of the New York State Council on the Arts. “We’ll have to bring the kids.” [NYT]

Matthias Wascheks, who previously served as executive director of the Pulitzer Foundation for the Arts, has been named head of the Worcester Art Museum, in Worcester, Massachusetts. [ArtDaily]

Here is a video promoting the Bardot exhibition at Gagosian. [Art Market Monitor]

In case you missed it: the Brooklyn duo FAILE have taken over the mural at Bowery and Houston. [Bowery Boogie]