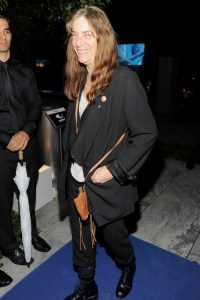 Museum of Modern Art director Glenn Lowry explains the deal he struck with the High Museum, which will send six MoMA-sourced exhibitions down to Atlanta over the course of four years. He declined to discuss the financial arrangement, but said, “There is of course a considerable fee that the High is providing us.” [Atlanta Journal-Constitution]

60 Minutes investigates a new theory about the death of Vincent Van Gogh. [60 Minutes]

Reporting on Frieze, The Financial Times confirms that German painter Albert Oehlen just opened his last show with London dealer Thomas Dane, since he is moving over to Gagosian. [FT]

Here’s Linda Yoblonsky’s Scene & Herd recap of the activity at and surrounding the Frieze Art Fair. A sample: “Aitken greeted guests as if he were on fire, taking them around his two-story exhibition at Miro with an infectious enthusiasm…”: [Artforum]

Louis Lang’s Return of the 69th (Irish) Regiment, N.Y.S.M. From the Seat of War, er, returns to the New York Historical Society after being restored and reframed. [NYT]

Carol Kino profiles Japanese artist Tabaimo, whose “danDAN” exhibition is on view at the James Cohan Gallery through October 29. [NYT]

Times film critic A.O. Scott spoke with Patti Smith, who has a show opening at the Wadsworth Atheneum on October 21. Said Ms. Smith, of her relation to some of her artistic heroes: “It’s not that I have low self-esteem. I feel magnified by these people. I had a very good conversation with Allen Ginsberg about this very thing. He was like me, in his own way. He felt that he walked with Blake and Whitman.” [T Magazine].