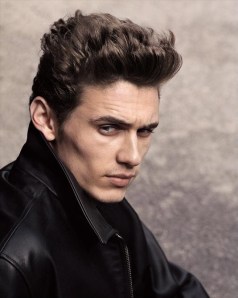 The Taipei Fine Arts Museum is planning a show, titled “Ai Weiwei Absent,” of work by the Chinese dissident for late October. Said a spokesperson for the Taipei city government, “It’s a pity that Ai himself cannot come to Taipei but his wife is expected to see the show in the first half of November.” [AFP]

Here are the final sales from FIAC. [ArtMarketMonitor]

The Rose Art Museum reopens this week and celebrates its 50th anniversary after nearly losing its collection to cover Brandeis’s finances. [The Art Newspaper]

Since James Franco is still an artist, here is a video of him reading Amie Barrodale’s story “William Wei” in bed. You know, it’s performance art or something. [Paris Review]

Cross-dressing British artist Grayson Perry recent announced that the art world’s elite is “disengaged with the real world.” Perhaps you have wondered, “Where does Mr. Perry get ideas for his work?” He reveals that happens “sitting in front of the telly with a beer, watching X Factor.” [BBC]