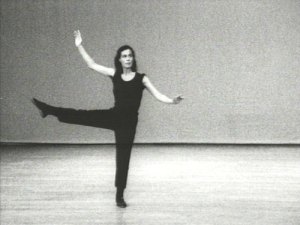 Estimated value of all the work to hit New York’s auctions in the next two weeks? $1.1 billion. [Bloomberg]

Anti-power list! Hyperallergic’s annual, comprehensive list of the people who didn’t make it in the art world this year. [Hyperallergic]

A familiar byline takes us behind the scenes of the cutthroat world of charity auctions. [NYT]

Montauk–based artist Suse Lowenstein, whose son died in the Libya-sponsored bombing of Pan Am Flight 103 over Lockerbie, Scotland, in 1988, is looking for a home for a work that features “76 larger-than-life-sized figures of nude women grimacing, tearing at their hair, crying in rage or collapsed in agony at the moment they learned of their loved one’s loss,” depictions of women who lost loved-ones in the attacks. So far, a panel in Washington, D.C., has rejected her proposed gift. [AJC]

The art market in East Africa is thriving, according to The East African. The article includes this wonderful lede: “You can’t get a bag of sugar for love or money. Food you can buy seems to have leapt in price each time you look on the shelves. The Kenya shilling continues to fall and imported goods are now impossibly expensive.”  [The East African]

The Los Angeles City Council is considering a new ordinance that would legalize murals in many areas where they were previously banned, reversing a tightening of rules that began in 2002. [The Los Angeles Times]

The legendary dancer and filmmaker Yvonne Rainer, 76, just lost her New York loft. On a more positive note, Dia:Beacon is staging a number her dance pieces in its galleries. [Wall Street Journal]

In case you missed it, what Occupy Wall Street means for art. [Village Voice]