Wait, what? The Occupy Wall Street casting call for MTV’s Real World isn’t until next weekend, yet the network already has a premiere date for another reality show about the 99 percent? That’s right: in two weeks get ready to delve into the “true life of an Occupier.”

And he’s not wrong…MTV is already out with its promo, which focuses on one 20-something named Bryan:

The special episode will take you to the front lines as MTV cameras follow four young people who get swept up in the political movement that has quickly grown into a global phenomenon. Viewers will be introduced to Bryan, one of the leaders of the Occupy sanitation team. You’ll watch as he steels himself against a potential fight with the city when he fears that their request to clean the park is an excuse to evict the protesters.

It’s great that MTV is bringing awareness to young people about this movement, but the irony is not lost on us that by creating these sleek looking sites and high-production videos in an attempt to market the movement as some kind of cool lifestyle branding choice, MTV might be undermining the values that OWS ostensibly stands for.

Also, the narrative structure of the show –which is built around the Bloomberg/OWS stand-off over park cleaning –is sort of pointless, seeing as how we all know how it turned out. (And it didn’t make anyone look very good.) Then again, people bought tickets to see Titanic, too.
At the very least, it’s got to beat the bottom-of-the-barrel scraping that we’ve seen with True Life: I Have Digital Drama. 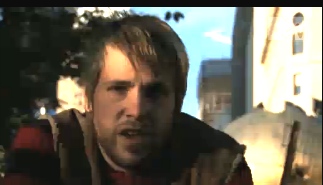