Nets Lose First Game at Home, In Spite of Having No Opponent

The New Jersey Nets, last year finishing with a dismal record of  just 24 wins and 58 losses, continued their losing streak this week by dropping their home opener at the Prudential Center, 92 – 72.

They had no opponent due to the cancellation of the first two weeks of the season by National Basketball Association Commissioner David Stern, as the lockout of NBA players continued due to the ongoing labor dispute.

In 2009, the Nets set the mark for worst start to a season in NBA history at 0–18. In each of those games, the Nets had an opponent.

“They played spirited basketball out there tonight, and gave it their all,” noted Nets Coach Avery Johnson. “Lots of teams would find it tough playing against no one on the court — that’s very tricky on defense. This is a young ball club, and lots of players are only used to playing against other teams.”

There was a controversial call by NBA ref Derrick Collins, who cited the Nets with a technical foul for fielding only four players at the start of the third quarter. Starting center Dan Gadzuric refused to get off the bench for the start of the second half, mumbling to himself in Dutch that, “…this is just plain stupid. There is no other team out there on the court.”

Collins called an immediate technical foul on Gadzuric, who was promptly traded to the  Jiangsu Dragons in the Chinese Basketball Association by Nets owner Russian billionaire Mikhail Prokhorov.

“I don’t care whether we’re playing against no opponent or every team in the NBA — when we have a game, every player must be willing to give 110 percent out there,” demanded Prokhorov. “Or they get shipped off to the Dragons in China. See if the Chinese tolerate that kind of bad attitude in Gadzuric.”

Next, the Nets travel to the Jingle City, where they will not face the Dallas Mavericks at the American Airlines Center. The Mavs were last year’s NBA champs.

“Whether they’re on the court or not, the Mavs are a tough team. We will be more ready this time, than in our home opener,” added Nets Coach Johnson. 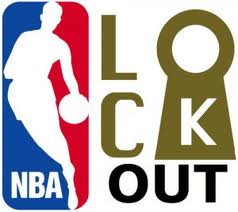