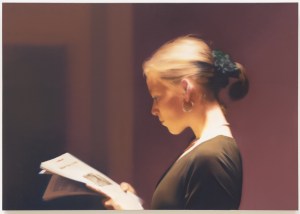 Last week it was time once again for the Frieze Art Fair, London’s annual, thoroughly exhausting week-long art-viewing marathon. Everywhere I went I felt the presence of the 10,000-pound elephant in the room: the art market could be felt in every aspect of what was happening in London. There was more art for sale than I could ever imagine, and though I worked hard to see the entire smorgasbord of gallery and museum shows, no one person could possibly fit it all in. There was also a second art fair, the Pavilion of Art and Design (PAD) for an audience in search of more mature, and historical work. (Both these fairs will pop up soon in New York—PAD next month and Frieze next May—so don’t fret, there will be plenty of fairs for everyone.) And then there were evening and day sale auctions aplenty, including the usual Christie’s, Sotheby’s and Phillips as well as newcomer Bonhams Contemporary (headed by the lovely Benedetta Ghione).

There were a few worthwhile gallery shows to see, including Pilar Ordovas’s inaugural show “Bacon and Rembrandt,” which proved to me that you can put Bacon on just about anything and it’s guaranteed to be good. But the big whopper spectacle of the week was the launch of a third London space for White Cube gallery, this one in London’s Bermondsey district. With over 40,000 square feet of brand new exhibition space, it left my head spinning just trying to imagine whether there could ever be enough clients and enough art to justify such a leviathan. The threat of a humungus new Damien Hirst show is what came to mind, and I only hope for his collectors’ sake that he doesn’t do another one like the Sotheby’s barnsale of September 2008, though a newly minted Damien Hirst is still far better than most things offered in London last week.

So what was in the new White Cube, you wonder? A few project spaces with some unremarkable mini shows, and a huge room with a group show of some average works by market-friendly names. Behind closed doors there were multiple private sales rooms filled with sundry pieces by artists on the gallery’s roster, and in back there was also a screening room where a short film by former YBA (Young British Artist) veterans Jake and Dinos Chapman was playing. In the film a drugged-out prostitute was being covered in paint by her john, with all of this shot from the point of view of a cockroach. It was a new low-point for an artist duo that once was once fresh and promising but now looks insular and stale. Face it, the YBAs happened over 15 years ago, so that historic membership card has long since expired.

While all of this art went up for sale around town, the global financial crisis raged throughout Europe, so collectors were understandably feeling a bit shaky. Nonetheless the art selling machine didn’t hesitate to churn out more product than ever before, with the Pace and Zwirner galleries still threatening to open brand new London mega branches. Perhaps that’s the message of White Cube’s uber-jet-set honcho Jay Jopling’s 40,000 square feet: “No more New York galleries in my town.” But I can’t imagine who will buy all this stuff and where they will put it.

Of course, a large part of the skill in collecting contemporary art is in having the confidence to believe that you are able to weed out the 99 percent of art that won’t survive the decade. I’m fascinated by the “more the merrier” phenomenon, however I can’t help but fear what may happen if one day these eager-beaver collectors wake up and realize that they’ve been overstuffed by an art economy that’s overpriced and underperforming. If that happens it will be bad for everyone—the dealers, the auction houses and even dedicated art buyers like myself. So I can only hope that the current art glut isn’t the straw that breaks the camel’s back.

Two of the artists who were showcased this week in London unknowingly echoed one another in maligning collectors and the market, yet they have both been fed from the very hand they were biting. Seventy-nine year old Gerhard Richter is arguably the greatest living painter in the world, and is the subject of a major retrospective at London’s Tate Modern titled “Panorama.” While some found the exhibition overhung, and though the lighting was definitely too dark, the show was a revelation to me, and several times it gave me shivers.