While The New York Times used its editorial power this weekend to come out in support of the Occupy Wall Street movement, not all of the city’s papers feel the same way.

“Squatters and Drug Addicts Invade Zuccotti Park” read the fear-mongering headline in this morning’s New York Post, citing as evidence the dirty people “occupying” the McDonald’s across the park. Said one source:
“The other day, there was a guy charging people $5 to use the McDonald’s bathroom. He was on LSD or high on something.”

(If the Post had done its research, it would know that the McDonald’s is where people go to get away from LSD-offerings.)
Another chilling “fact”  in the piece (the story uses no statistics on actual drug arrests) comes first-hand from a  Post reporter who was offered pot and heroin for $15 and $10, respectively.

No one should be surprised by this characterization of the protests as a den of illegal substances and sin – one girl from the Upper West Side knows a girl who had sex in a protest tarp! – as the  Post has a long history of declaring places the new “druggy hangout.”  In the past these locations have included:
– A bench on East 47th Street and Second Avenue

– A pub Kate Moss was thinking of building in Gloucestershire county

The only compelling argument the article makes against Occupy Wall Street protesters would be that they don’t know a thing about economics: Where else in the country does marijuana costs more than heroin these days? 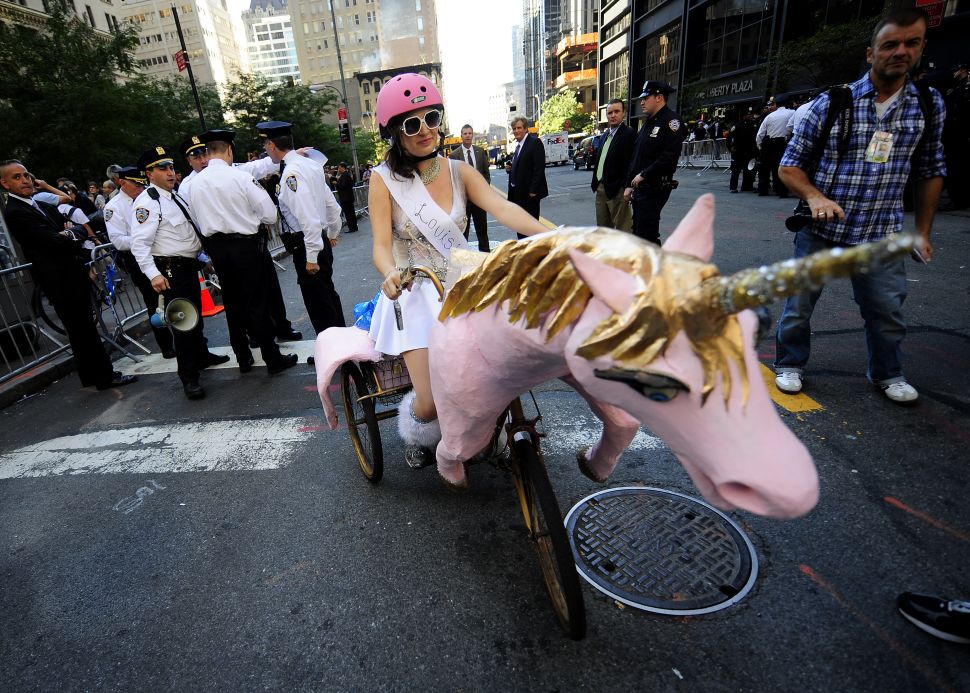