Last night around 6 p.m., we received a phone call from our sister, who is interning for a website whose headquarters are around Broadway and Spring.

“Occupy Wall Street is outside our building right now,” she said.

“What are they saying?”

“I don’t know. Whatever they always say.”

Several hours later, approximately 500 members of Occupy Wall Street showed up at Union Square in order to protest the use of tear-gas and allegedly violent tactics that police had used on fellow Occupiers in Oakland earlier this week. They were met by police in full force, who were more than prepared to give New York’s 99% the full Oakland treatment.

By 11 p.m., organizers of the march were trying to call off the Union Square stand-off, as police had already barricaded several streets with orange netting (never a good sign). Of course, the same orange netting was used by protesters on the march up Broadway from Zuccotti, in an attempt to confuse the slow-motion police chase that cut through half of SoHo and disrupted the set of a Gossip Girl shoot. Chuck Bass = 1%.

At this point, OWS was no longer even pretending to comply with city laws as they marched down the middle of the street, halting traffic in the area. But faced with the police in riot gear that were waiting for them in Union Square, most of the Occupiers elected to take the subway back to their newly-founded tent-town on Wall Street. There were also several arrests, as yet unconfirmed.

And yes, there was drumming. 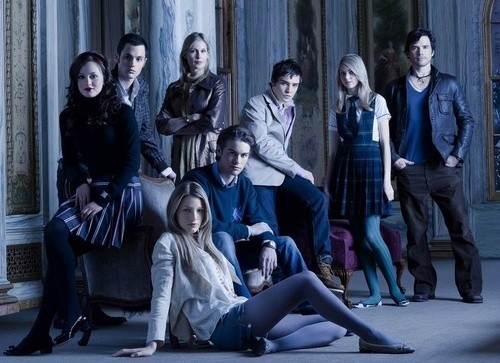