‘What did you think of the play at NJPAC? What are you having for dinner?  Do you like it?’ I mean, does the man ever stop?”.

Patrick Murray established the Monmouth University Polling Institute in 2005, and the institute has become a premier independent survey research center known for its in-depth tracking of public policy and quality of life issues. Murray was named “Pollster of the Year” by PolitickerNJ.com and one of the 100 most influential people in New Jersey politics.

However, many people he asks questions of have surmised  ‘the real motivation’ for his obsession with what people think and feel: “He’s plain nosy…always up in everyone’s business,” said a former Republican state senator, who wished to remain anonymous. “A real busybody who has got to know everything about everybody.”

Complained Sen. Bob Smith of Piscataway, “We were having a nice quiet dinner one evening at Maize in Newark, just myself and my wife. Murray walks in, and boom! ‘What did you think of the play at NJPAC? What are you having for dinner?  Do you like it?’ I mean, does the man ever stop?”.

According to their website, the Polling Institute conducts and disseminates public opinion research to “foster greater public accountability by ensuring that the voice of the public is part of the policy discourse.” The Polling Institute strives to “go beyond the headlines to cover quality of life issues that affect residents in their daily lives.”

But not everyone seems to mind Murray’s inquisitiveness.

Sen. Loretta Weinberg of Bergen County thinks that, “Murray is quite charming and delightful. Most people in politics just talk about themselves––he seems genuinely interested in people, what they think, what they feel.” 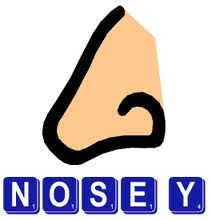