Three days after we picked up The Secret, we won the lottery. It was a Friday night in Williamsburg, and we were drunkenly blinking into the fluorescent lights of a local bodega, waiting for our dinner—also, technically, a late lunch and tomorrow’s early breakfast—of a beef patty with cheese, when we decided to feed two dollars into a machine to purchase an Instant Take 5 ticket, which enticed us with a promise that we could “Win Up To $5,555!”

We used a quarter to scratch the ticket, revealing our win of $5, not five grand, but more than double the amount we had paid for the privilege of entering. It didn’t matter that we would have to wait until the next day to retrieve our winnings, or that we would inevitably forget to do so and continue to hold the prize-winning piece of paper in our wallet for the rest of the week before we remembered that we had hit it big in an alcoholic stupor. At the time it was a sign: that if we could win money just from reading The Secret, than one week of piling on the self-help books would lead to bigger and better things (and hopefully give us the tools to keep track of our earnings).

We were so wrong.

By Friday afternoon, we had speed-read (or at least skimmed through) Tim Ferriss’ The 4-Hour Workweek, the aforementioned Oprah-certified The Secret, the celebrity-smattered Dear Me: A Letter to My Sixteen-Year-Old Self, Marina Spence‘s Make Every Day a Friday, and Russell Simmons’ Do You!: 12 Laws to Access the Power in You to Achieve Happiness and Success. Every day, we took one more “self-help” suggestion from each of the books and added it on to our daily schedule.

At least we know we’re in good company: in the year 2008 alone, according to Forbes, Americans spent more than $11 billion improving themselves through classes, seminars, CDs, and books. (Ironically, the majority of the self-help books you’ll find in a Barnes & Noble will have a chapter on managing your finances. The other half will involve a Real Housewife telling you how to lose weight.) Because we are cynical non-believers, we decided to start with The Secret, which didn’t cost us a penny since we already owned it as a gag gift we were planning to give a friend for a birthday.

We begin with the positive thinking exercises outlined in Rhonda Byrne‘s The Secret (Atria Books/Beyond Worlds, 2006). We get a kick out of reading passages out loud to our siblings like an over-eager guidance counselor, or zealous Tony Robbins-esque figure. Stuff like: “If you see it in your mind, you’re going to hold it in your hand!” and “In fact, parts of our body are literally replaced every day!” For those out there who have never read The Secret—which has sold more than 21 million copies by promoting “the laws of attraction”—the idea is simple. You want something, you think hard enough about it (while keeping the rest of your thoughts positive), and you will get it.

As an experiment, waiting for coffee in Starbucks, we decide to will a cupcake into our possession. We focus on the idea of a cupcake; how we will come to own and then enjoy it. While we’re thinking about how stupid this whole process is, we notice a Starbucks employee replacing the breakfast items in the counter with afternoon snacks. Including…yes! Cupcakes! We buy one while pondering the miracle of The Secret, which we had finished in a record two days—What? It’s a small book—and attracting positivity into our lives, which lasts approximately four minutes until we remember that we are supposed to be on diet anyway and discard the entirety of our tasty, magical treat. Money down the drain! This is probably why we need financial self-improvement books.

Time to plunge into Mr. Ferriss’ The 4-Hour Workweek (Crown Publishing Group, 2009). We avoided Mr. Ferriss’ other tome, The 4-Hour Body, because we didn’t want to exercise, and also because we didn’t want to think about Mr. Ferriss giving women extended orgasms, which we know from a New York Times‘ article is in there somewhere. Plus, we were excited about the suggestion in Workweek that we completely ignore email except for two short windows per day: one at noon, and one at 4 p.m. But this immediately presents a problem for our editors, who were not aware of the “stay offline” portion of Mr. Ferriss’ program when they suggested we look into it. Oh well! By 10 p.m., editors have found a loophole in our system and are now texting us notes about work whenever we’re out of the office.

The problem with Ferriss’ book, which promotes (among other things) the “80-20 principle”—i.e., that 80 percent of our benefits come from 20 percent of our work—is that the 4-Hour logic doesn’t hold when you are doing field reporting. The concepts the author outlined in his D-E-A-L program (Definition, Elimination, Automation, Liberation) might work for would-be entrepreneurs or office slackers, but try “eliminating” your reading of the news to just two hours a week (which Mr. Ferriss claims to do) when your job is to be on top of the news cycle. Being fired can’t possibly be part of the game plan, right? Automation—which involves a sort of out-processing of most of your work so one can spend as little time as possible actually doing one’s job—is also not an option if you work in a creative field, though we did appreciate Mr. Ferriss’ sound financial advice and persuasive arguments for taking “mini-retirements” now, instead of saving it up until we are too old to travel.

As for the whole Definition part…we have trouble with that too. The “D”  is for defining in very specific terms what you want from your career and life. We begin to notice a disturbing trend in self-help literature, asking us to formulate a concrete example of our ideal lifestyle—the very thing we have been avoiding having to think about since we picked a major in college.

“Go Where the Action Is” is one of the crucial components laid out by Russell Simmons in Do You!: 12 Laws to Access the Power In You to Achieve Happiness and Success (Gotham, 2007). Though it has all of the literary heft of a fortune cookie, we assume that this book will have the most helpful, down-to-earth advice in our new library, something we belatedly acknowledge is due to our love of Def Comedy Jam.

Mr. Simmons gives a lot of lip service to moving to New York, L.A., or Atlanta, because, as he says: “…You ain’t going to become a rapper or an actor living in Idaho…You can’t wait for the action to come to you. You must go to the action.”

We already live in New York, but as it stands, the “action” on Tuesday night seems to be in Zuccotti Park, where we park ourselves for the night in an attempt to sleep among the protesters. We’ve written enough about the movement, it’s time to dive headfirst into the grimy late-night underbelly in order to live up to our full potential as an in-the-field reporter. Mr. Simmons, himself an Occupy-advocate—and a member in good standing of the 1%—spends most of his book talking about the lessons of Kanye, Jay-Z, and his own clothing brand, Phat Farms. Unfortunately the rules governing rapping and entrepreneurship are still far from those of journalism, and we spend half the night shivering, climbing in to share sleeping bags with drunk Canadians who make us recite lines from Good Will Hunting in a Boston accent. We’re operating under the misguided premise that being close to the epicenter of “action” will somehow make our lives better. Instead, we get a sinus infection, and are two hours late for work the next day. 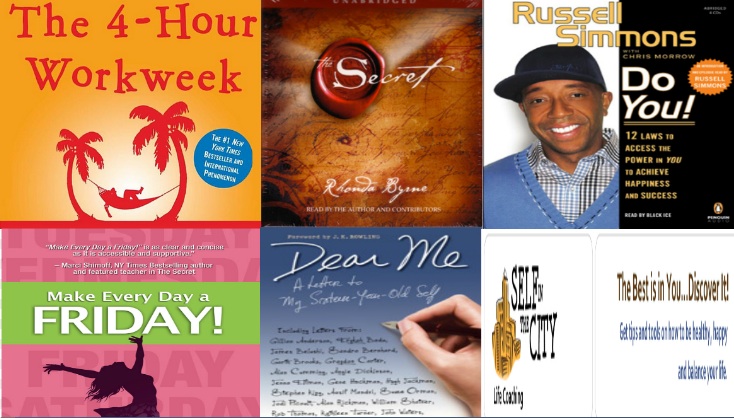