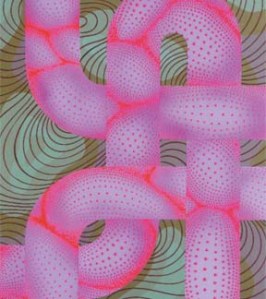 A work by Christoph Heuppi.

There are few crimes as glamorous, as potentially laced with intrigue, as the art theft. That said, they cannot all be blockbuster material. Fox 12 in Oregon has this story out of Portland about a theft of what is said to be a $12,000 Christoph Heuppi painting by a local chef named Gabriel Gabreski:

“Witnesses told Hanson [the gallery owner] they saw Gabreski walk in and grab the painting off the wall before walking out.

“According to Hanson, two people at the event stopped Gabreski as he walked out, asking him what he was doing.

“They say Gabreski simply smiled and said the owner gave it to him.”

This was apparently not the case, according to the gallery owner.

Police have searched Mr. Gabreski’s home and have been unable to locate the work, though they have charged him with one count of theft.