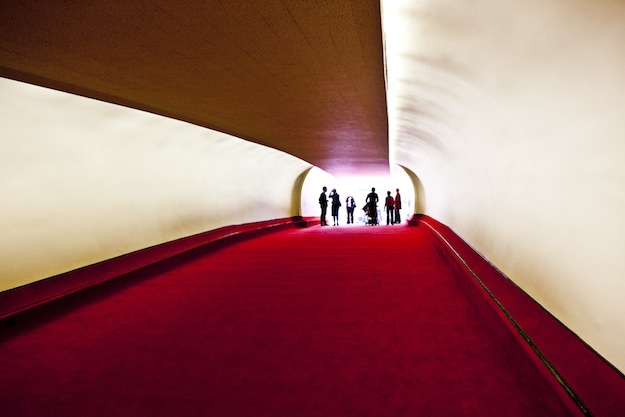 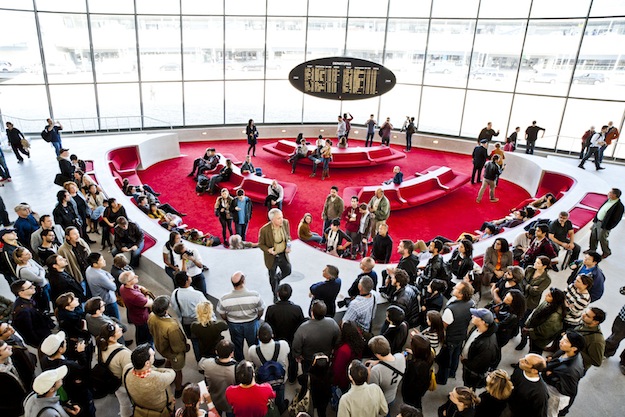 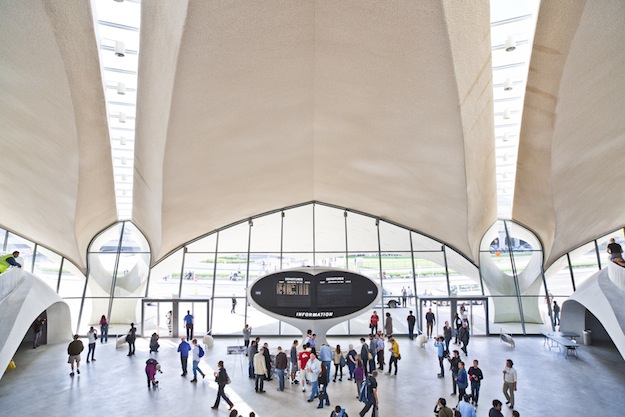 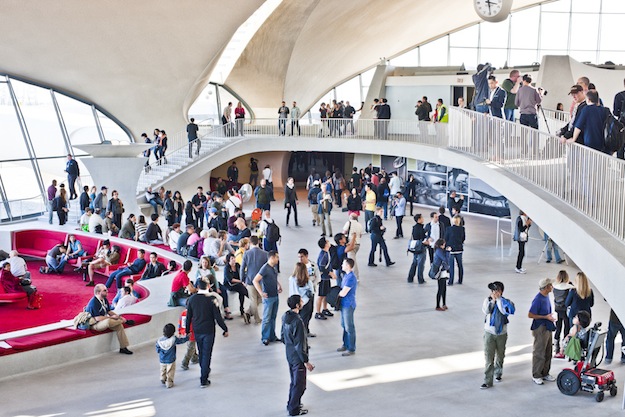 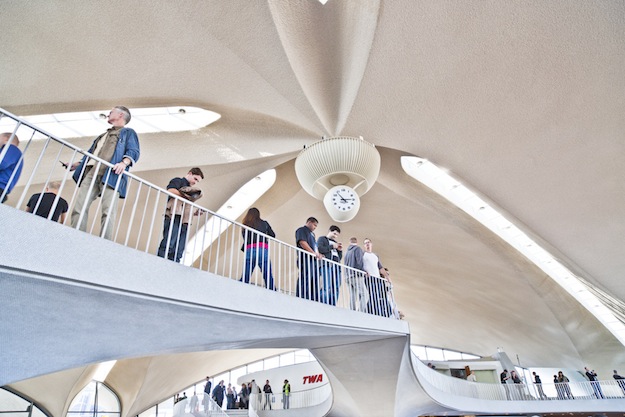 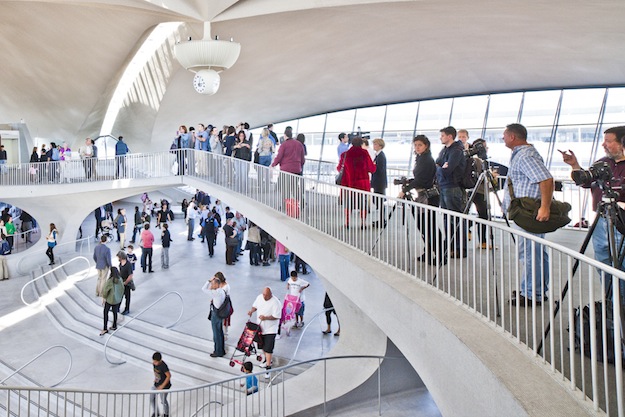 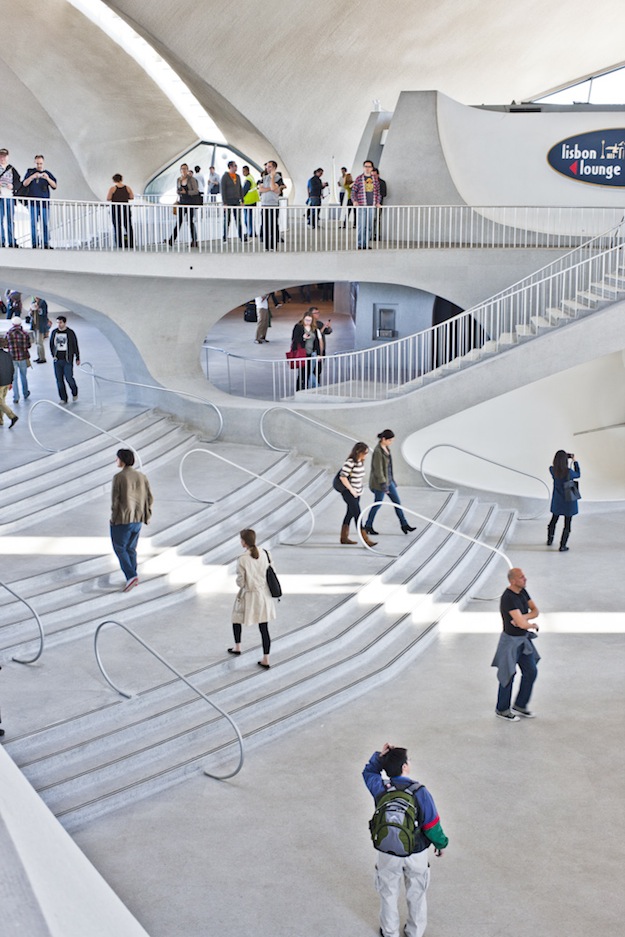 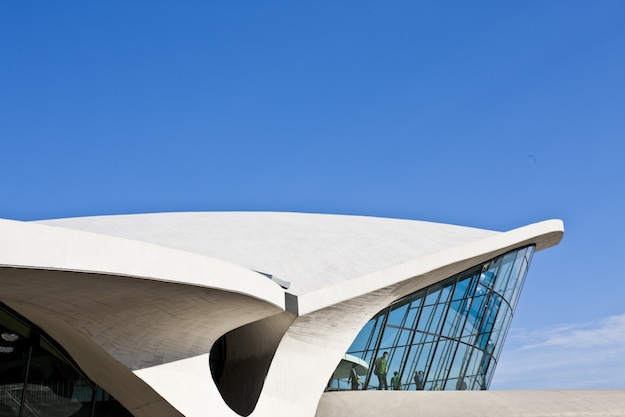 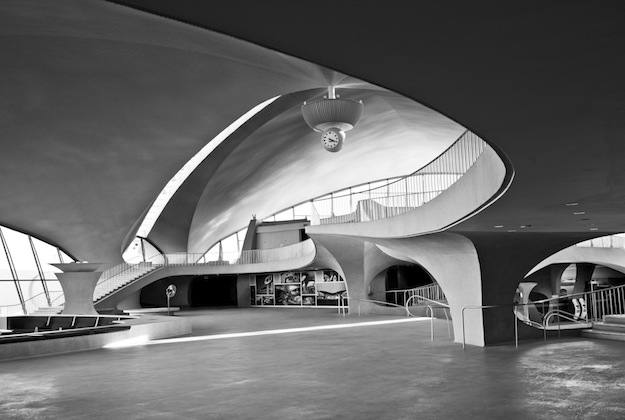 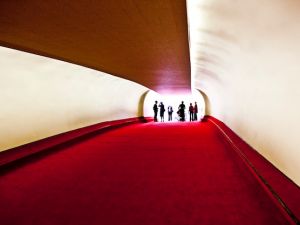 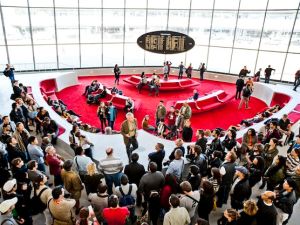 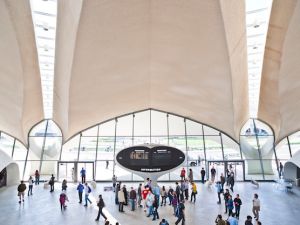 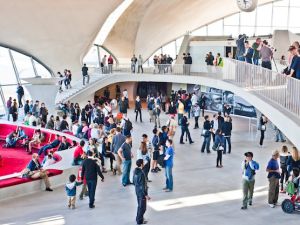 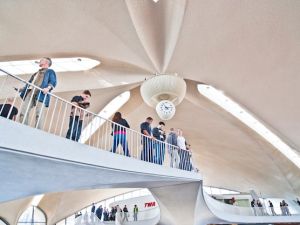 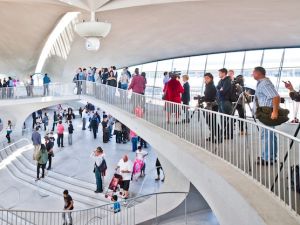 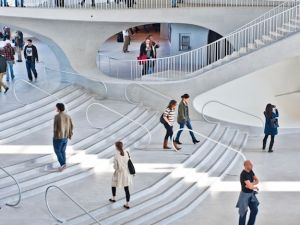 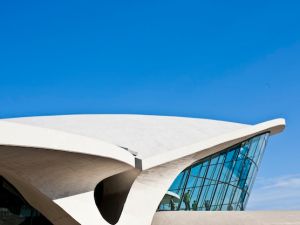 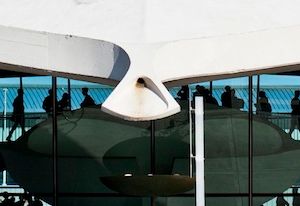 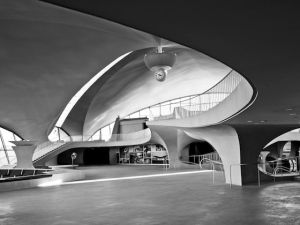 At least 1,000 visitors flocked to the old TWA Terimnal at JFK airport on Sunday, perhaps the marquee event of the weekend’s Open House New York festivities. It left attendees begging for a full reopening, as one correspondent relates, but it sounds like that may indeed be on the horizon.

We realized people were coming in via the JetBlue terminal and the street, there were almost too many to count. There were so many TWA vets there—and pilots and attendants from other airlines, past and present.  It was one of those simply “wow”—and for me—recalled high school and college times. I remember the days when each terminal was more beautiful than the other.  I would literally choose to fly TWA over United just so I could go thru those tubes—even if I had to go standby.  The vacation really started once you walked thru those tubes.

Wonder if anyone says that about the new Terminal 5? And if you don’t know what our correspondent mean by the tubes, take the slideshow tour to find out. After the soaring roof, they may be the most famous piece of architect Eero Saarinen’s masterpiece.

It was mentioned at the event by one Port Authority attendee that the old terminal could be open within the year, and a Port spokesperson told The Observer there was a possibility of that, though “end of year might be optimistic.” And even then, the terminal would likely only be open on a limited basis, not daily. Some spaces, like the Constellation Club, are still being finished.

As for the plans for a new hotel tucked in behind the terminal, those are still waiting for take off. “Boutique hotel idea for TWA Terminal is still in works, but taking longer than originally envisioned,” the spokesperson said.

All photos by Nicolas Lemery Nantel/salokin.com