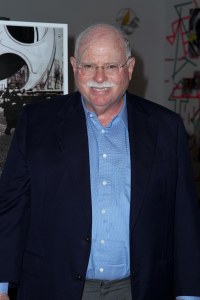 In Bloomberg today, Miles Weiss and Katya Kazakina have a superb story about the recent increase in loans backed by art, citing retired hedge funder Michael Steinhardt and current hedge funders Steven A. Cohen and Nelson Peltz as among the gentlemen collectors who have engaged in the practice.

Back near the end of 2008, you may recall, art lending slowed dramatically as banks worried about the value of the art that was acting as collateral. “The truth is, it’s simply a much tighter lending environment right now,” Andrew Rose, president of Art Finance Partners, told Portfolio at the time.

Remarkably, many of the wealthy using art as collateral today are getting loan rates that are better than they would get if offering up other forms of collateral. Mr. Weiss and Ms. Kazakina quote investor David Steinhardt (son of Michael Steinhardt), who used an art loan to fund a real-estate investment, saying: “We had the opportunity to get some very cheap borrowing.”

Just how low a rate are some wealthy collectors able to get? Here’s more of the story from Bloomberg:

“Some private banks are providing art loans to top clients at 200 to 300 basis points above Libor [the London Interbank Offered Rate], said Philip Hoffman, chief executive officer of the London-based Fine Art Fund and the former director of finance at Christie’s auction house. With one-year Libor averaging about 79 basis points in February, according to data compiled by Bloomberg, it’s possible that Steinhardt was able to finance at least a portion of his real estate project at less than three percent. A percentage point equals 100 basis points.”

That rate may be better than what Mr. Steinhardt would likely have been offered if he had used the real-estate property as collateral. In other words, for now, some banks are remarkably optimistic about the value of art. We’ll see how that changes if European debt troubles begin to hammer the worldwide economy.