TRENTON – Former Democratic Gov. Jon Corzine’s investment firm, MF Global Holdings, is preparing to file for bankruptcy, according to a report in the New York Times.

The Federal Reserve Bank of New York sent out a statement saying it had suspended doing any business with MF Global until the firm “is fully capable of discharging the responsibilities set out in the New York Fed’s policy.”

Various experts and officials attributed the firm’s downfall to the European debt crisis.

Despite the firm’s difficulties, the report said Corzine, 64, who formerly headed the powerhouse investment firm Goldman Sachs, is expected to receive a severance payment of nearly $12.1 million. 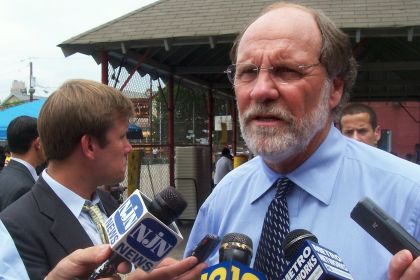