Medford Mayor Chris Myers may have a serious problem, according to a report today in the Burlington County Times.

The unsuccessful 2008 Third District Congressional candidate faces the accusations of a man claiming to have been Myers’ male escort.

Myers denies he knows the man. The Times links to a site that shows pictures of a man who looks like Myers on the night in question, along with snapshots of the politician’s ID. 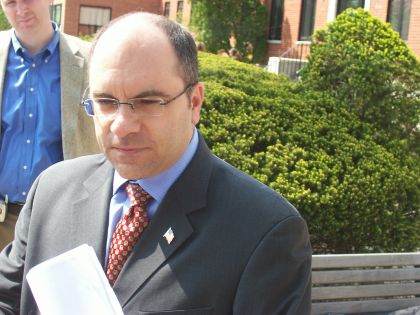