A jury this afternoon judged former Newark Deputy Mayor Ron Salahuddin guilty of conspiring to commit extortion, but acquitted him of other corruption charges.

The aide of Mayor Cory Booker  last year ran hard into the feds’ charges of extortion and contract funneling.

U.S. Attorney Paul Fishman said Salahuddin steered contracts in 2006 and 2007 to a demolition firm. Then he demanded the firm hire his business partner in the trucking company, Sonnie Cooper, as a subcontractor.

The jury today also found Cooper guilty of the conspiracy charge but, as with Salahuddin, acquitted him of additional charges.

The two men could face 20 years apiece in jail. 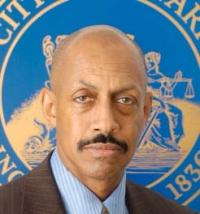