In the aftermath of Gov. Chris Christie’s endorsement of Presidential candidate Mitt Romney, PolitickerNJ.com tried to determine whether or not any county organizations might be predisposed to buck Romney even though New Jersey’s GOP boss endorsed him.

“I… uh… will have to… call you back sometime on that one,” a party chairman said.

Silence – and then, “I’d prefer that we don’t talk about that at this time,” came the discomfited voice on the other end.

“The strong organizations – Ocean, Bergen, Monmouth, Burlington, etc, will fall in line because they’re connected to the power structure with Christie at the top,” said the source. “Keep an eye on some of the more classically disorganized organizations in counties controlled by Democrats – a Hudson or Middlesex. But even then, I wouldn’t expect significant dissent, given the field.”

The Bayshore Tea Party issued a release this week noting their plans to announce their selection of a presidential candidate at a press conference tomorrow.

Most calls to GOP organizations on the prez topic went unreturned, leaving just one Republican legislator standing forth from his party.

“Ron Paul’s stances in defense of the U.S. Constitution and against the Federal Reserve are crucial for me,” Doherty told PolitickerNJ.com in the days after Christie’s announced support of Romney.

“Ron Paul is a veteran; he served, and that distinguishes him from other candidates running,” the senator added. “It’s easy to send other kids off to war. Ron Paul is willing to take a stand on the principle of national defense not national offense. He understands that generals don’t give the orders to the civilians. It’s generals follow orders and say, ‘yes, sir.’ We need statesmen who give orders. What we have now by and large are not leaders, who are bankrupting our country and our military. We need a president sensitive to that.”

Doherty is widely viewed as a potential 2012 U.S. Senate candidate. 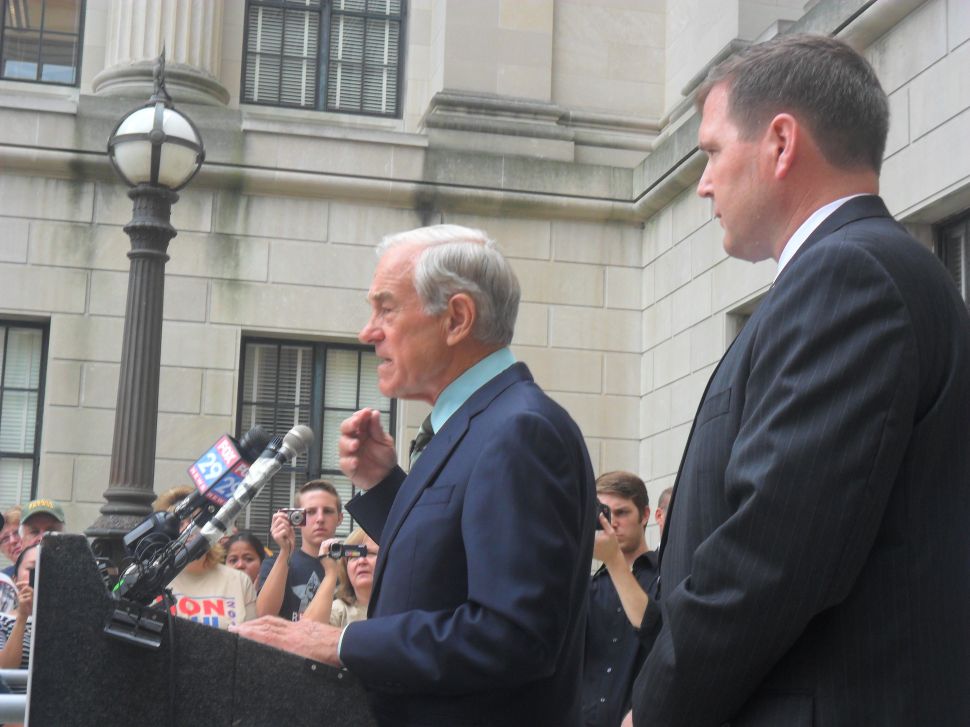