Sources tell PolitickerNJ.com that in a fight, Assemblywoman Mila Jasey (D-27) won’t back Assembly Speaker Sheila Oliver’s (D-34) re-election to the speakership, dropping by a vote the support pieces Essex County Executive Joe DiVincenzo wants in place this week to show off solid support for his Essex ally.

Absent from a delegation huddle-up last week, Assemblyman John McKeon (D-27) already appeared to be a no vote for Oliver, who’s seeking her second term as occupant of the lower house throne.

Sources close to DiVincenzo told PolitickerNJ.com that no matter how willing or friendly he appears, McKeon still carries the West Orange specter of his top-of-the-ticket districtmate: state Sen. Richard Codey (D-27). For that reason, they would be reluctant to take him into the family.

Apparently McKeon doesn’t want to be in the family anyway.

That means that as of right now, Oliver and DiVincenzo have six out of eight delegation votes they can burnish as demonstration of a mostly unified Essex delegation.

Barring a backroom maneuver on Jasey and McKeon, they will have to go live on Tuesday without the two 27th District allies of Codey, a longtime foe of DiVincenzo’s, who resents the role the executive played in lining up a team against him in 2009.

A source close to the situation told PolitickerNJ.com that South Orange Rep. Jasey feels more than simply the loyalty to Codey.

That could be diluted if she stands with Oliver, who as speaker finally championed public worker pension and benefit reform over the entreaties of the NJEA, CWA and other public sector unions.

Representing the public sector backing side in the fight for speaker – and the most organized alternative to Oliver – stands Assembly Majority Leader Joe Cryan (D-20), a close ally of Codey’s. 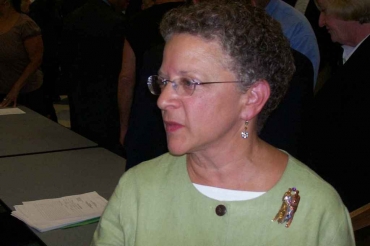