South Jersey Democrats are the biggest beneficiaries of cash from the Democratic State Committee, which raised $889,099 and closed its books on Oct. 7 with $195,099 cash-on-hand.

The State Committee gave $138,147 to South Jersey candidates compared to $58,132 to Democratic candidates in two competitive districts (LD 14, and LD 38) in other regions of the state.

While most political observers don’t see him in a tough race, state Senate President Steve Sweeney, (D-3), West Deptford, received the most contributions from the statewide political organization: $46,262.

He also contributed roughly $163,000 to other candidates from his personal campaign account, including donations of $24,000 apiece to battleground senators Robert Gordon, (D-38), Fair Lawn, and Jim Whelan, (D-2), Atlantic City.

Democrats within the organization point out that while they don’t see state Sen. Fred Madden, (D-4), Washington Township, in a donnybrok either, Sweeney, Madden, Whelan, and state Sen. Jeff Van Drew, (D-1), Dennis Township, all occupy Senate seats in districts that traditionally tilted Republican before they arrived.

Here are the rest: 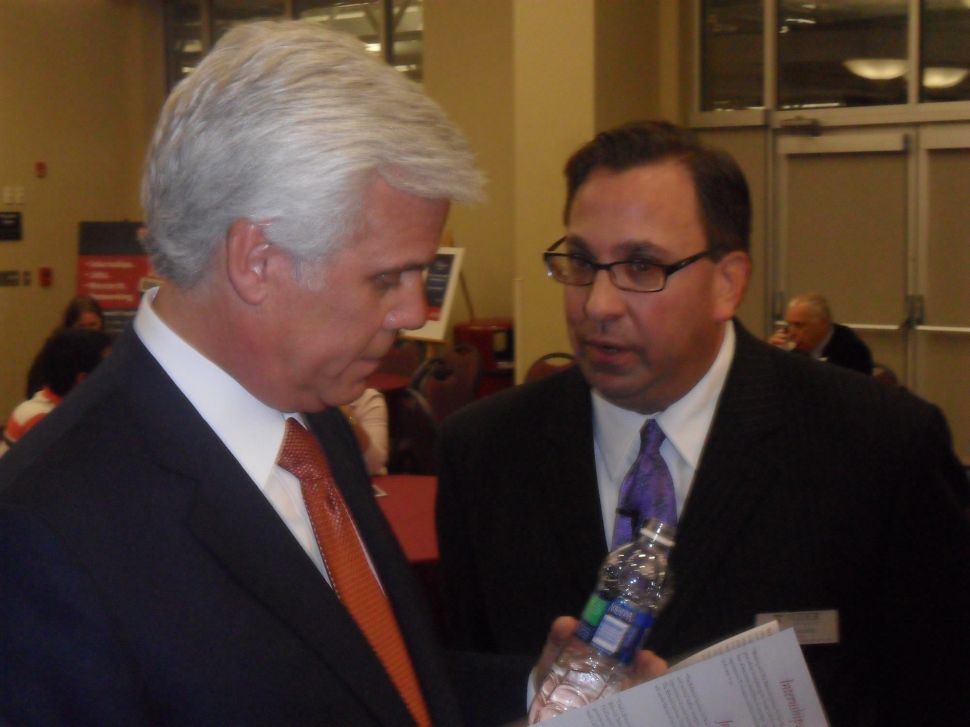