On Tuesday, we reported that the NYPD had arrested a second man in relation to the +20 sexual attacks in the Park Slope/Sunset Park area since March. The 32-year-old Midtown bartender Joshua Flecha was caught trying to break into a car…or at least that’s what detectives thought until they realized that he was actually looking at a pornography on his phone and pleasuring himself. One correct identification by a witness relating to a May 7th attack, and it looked like between Mr. Flecha and Adolfo Martinez (the first man arrested last week, who has already confessed to a groping), the case might be shut.

Except now the 37-year-old woman who had positively ID’d Flecha in a lineup is recanting her testimony, telling the police that she will no longer cooperate with them, she wasn’t sure, and the NYPD should “not call her again.” This strange turn of events has left the NYPD with no choice but to let Mr. Flecha go. (Though he will still be charged with possession of marijuana.)

As for Mr. Flecha, he told reporters outside the precinct yesterday:

“I am 100% innocent…This was torture. I’ve been living a nightmare. … I just want to clear my name.”

More damning than NYPD’s inability to catch this guy is the victim’s words themselves…in their hurry to shut the case on Flescha, it sounds like they went over the line with the witness. A victim of sexual assault needs to be treated with kid gloves, not interrogated. Why else would she be telling the police not to call her back? 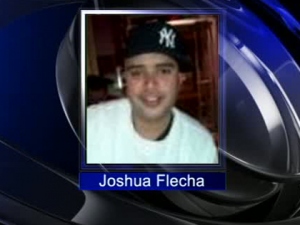