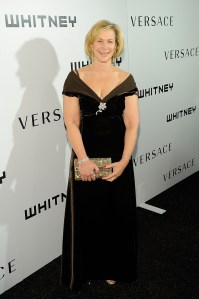 Looks like the meteorite just grew a wing! Whitney Museum trustee and philanthropist-at-large Laurie Tisch has donated $10 million to the museum’s ongoing capital campaign. Her gift means the museum’s new Renzo Piano-designed building, set to open in the Meatpacking District in 2015, will now feature a Laurie M. Tisch Education Center.

The downtown wing won’t be far from the NYU Tisch School of the Arts — named for her father, former Loews Corporation chairman Robert Tisch and his brother Laurence — or any of the other downtown institutions that bear the family’s name. The Whitney has raised some $500 million of the $720 million needed to build the new space at the base of the High Line and Ms. Tisch’s $10 million goes toward closing that gap.