Consider this a win/lose situation: After last night’s meeting with the local community board CB 1, protesters at Occupy Wall St. now must adhere to stricter noise regulations. This comes on the heels of another failed bid by the drumming group Pulse to have the board pass a 4-hour record for allowed jam sessions.

On the other hand, Zuccotti Park may now be getting their own Porta-Potty donations for sanitation purposes, which will probably decrease sales at the McDonald’s on Broadway and Liberty by 200%.

The board voted and passed a resolution last night to allow only two hours of “noise”  per day in order to maintain a healthy respect for the sanity and eardrums of people who live in the area. This would include drumming, music, and “group chanting” … the last of which may pose a problem for the General Assembly, whose frequent “mike checks” could fall under that category.

Yet as part of the new resolution, the board also stipulated that police barricades in the area would be removed, decreasing the commute of local residents and employees, as well as the allowance of donated portable toilets in the park. (The Porta-Pottys will not be provided by the city however, they will have to be privately donated.)

The area’s lack of public restrooms have been a mounting concern for both protesters and non-protesters alike.

“I saw a gentleman who was actually using Tupperware containers to urinate in. He actually was dumping it in the street,” said John Tuttle, who works in the area. (Which brings to mind several unsavory questions such as: did Mr. Tuttle actually witness the public urination?; and if public urination did occur, why bother putting it in a Tupperware jar before dumping it out; etc.)

The noise complaints have been pointed to be some members of OWS as a way for the city to shut them down, although after talking to several people who live in the area, it does seem like the constant drumming at 1 a.m. has been disruptive to people who may even be sympathetic to Occupy Wall Street cause. 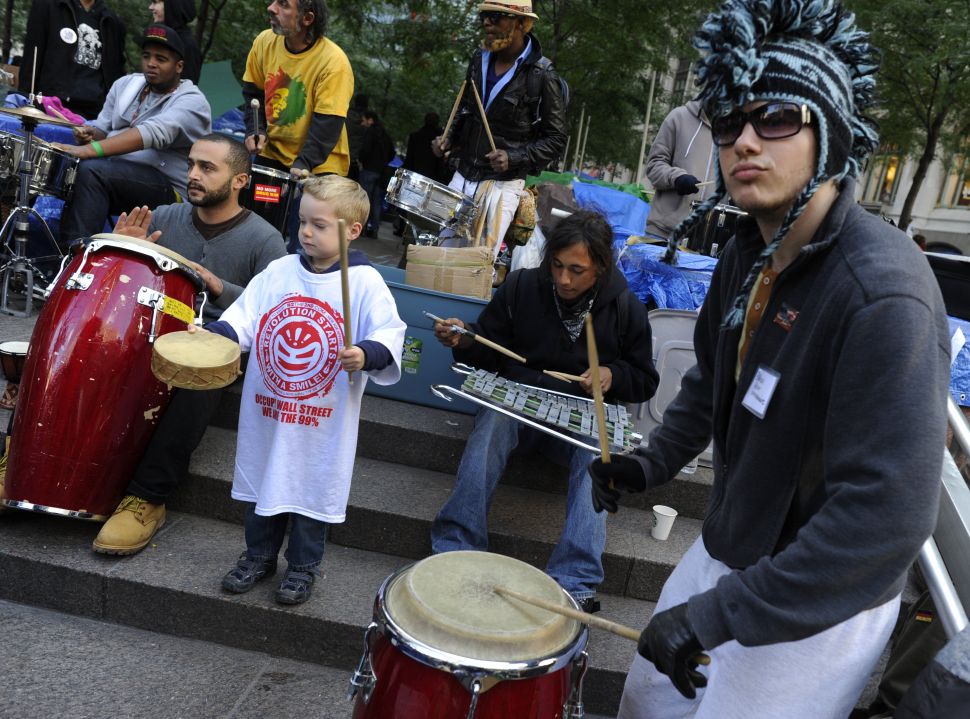