One of the most controversial elements of Ryan Murphy‘s shows like Glee and American Horror Story is his use of actors with Downs Syndrome, and how they are portrayed/treated by the other characters.

This issue was at the front of our mind when talking to producer Shaun O’Banion Monday evening at the Andaz Hotel. His film, Girlfriend, had just won The Gotham Independent Movie’s Audience Award.

Girlfriend revolves around Evan, a young man with Down’s Syndrome, who falls in love with a girl he went to high school with. Evan Sneider who plays the lead, is a 33-year-old actor with high-functioning Down’s Syndrome.

“It was unexpected and completely awesome,” Mr. O’Banion told us about the night’s win. “We were up against Elmo (Being Elmo: A Puppeteer’s Story) and First Grader, which were both tremendous films.” Mr. O’Banion had become involved with the project through writer/director Justin Lerner, who had gone to high school with Mr. Sneider.

“It was a brilliant script. It was courting some attention, not necessarily in a great way. It was pushing limits. It’s not exploitative…the reason the film has won so many awards at other festivals is that if Evan is there after the screening, people can see how different he is than his character. I think they realize it’s a performance…that he’s an actor, and he’s really funny in real life. In the movie he’s so quiet, and kind of tortured, but in real life he’s totally boisterous and tells jokes.”

We asked Mr. O’Banion if he had any reservations about working with a differently abled person.

“I was initially very scared, because I hadn’t had any experience with anyone with Down’s, personally. It was like ‘Is he going to hit marks, is he going to need cue cards, will he memorize his lines? But Evan is a pro…he comes from a musical theater background.

At the end of our movie we tag the credits with the group Rword.org. They are trying to eradicate the word ‘retard’ from our lexicon, because it doesn’t mean what people use it for. It doesn’t mean stupid. We had an incident when the movie trailer first went on YouTube that the Internet trolls would start making comments about Evan. It was very hurtful to him. So we’re really trying to make people aware of the group, and of people like Evan, who is just amazing.” 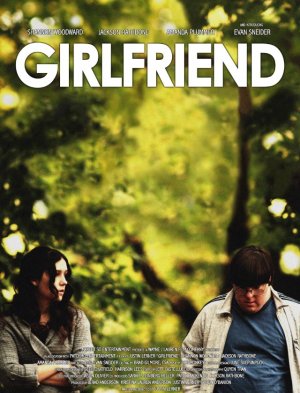