He’s not going anywhere after all.

Morris County Republican Chairman John Sette said he resigned from his post and then unresigned and now intends to run again in June for another two-year term.

A ten-year veteran of the post, Sette said he was managing a health issue and faced frustrations over people within the organization.

When he announced he was resigning, people started helping and it inspired him to stay.

“Absolutely,” Sette told PolitickerNJ.com when asked if he will run again.

“I’m running for another term,” he said. “I think I have a good track record. We have spent more money on municipal races over the course of these last ten years than in the 75-year history of the organization.”

After the primary election, Sette told PolitickerNJ.com and others he was done, as in – immediately. Sources in Morris said former Morris County Republican Freeholder John Inglesino was primed to take over, but not now. 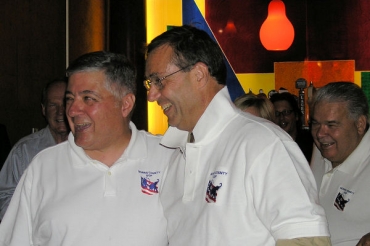