It’s a parent’s worst nightmare before Christmas: Lady Gaga‘s new holiday stocking-stuffer line at Barneys, unveiled on Monday, which is sure to be included on every little monster’s wish list this year. Cookies shaped like meat dresses? Yes. Necklaces that look like exploding disco balls and/or guns? Yes. A chocolate Alexander McQueen shoe styled after Gaga’s own wardrobe? But of course! And all at(relatively) low prices…how could you say no?

Lady Gaga’s Workshop–which looks like Andy Warhol‘s Factory had a drag baby with Willy Wonka’s– offers items ranging from expensive couture (Erickson Beamon‘s exploding disco ball necklace retails for $1,630) to surprisingly cheap (seriously, less than $100 to eat a shoe replica of McQueen’s? Why didn’t the Met think of this??)An egg that opens to reveal a miniture Gaga herself is only $35. As the singer herself told The New York Times:

“Oh, it’s fun…It’s the dream of what music and culture are all about, and those are things that can get lost when you focus too much on commercialism. This is, for me, a much more whimsical approach, a Pop Art approach.”

That’s right. Sometimes there is too much focus on commercialism in the art world. That’s why we put out lines at Barneys as well. 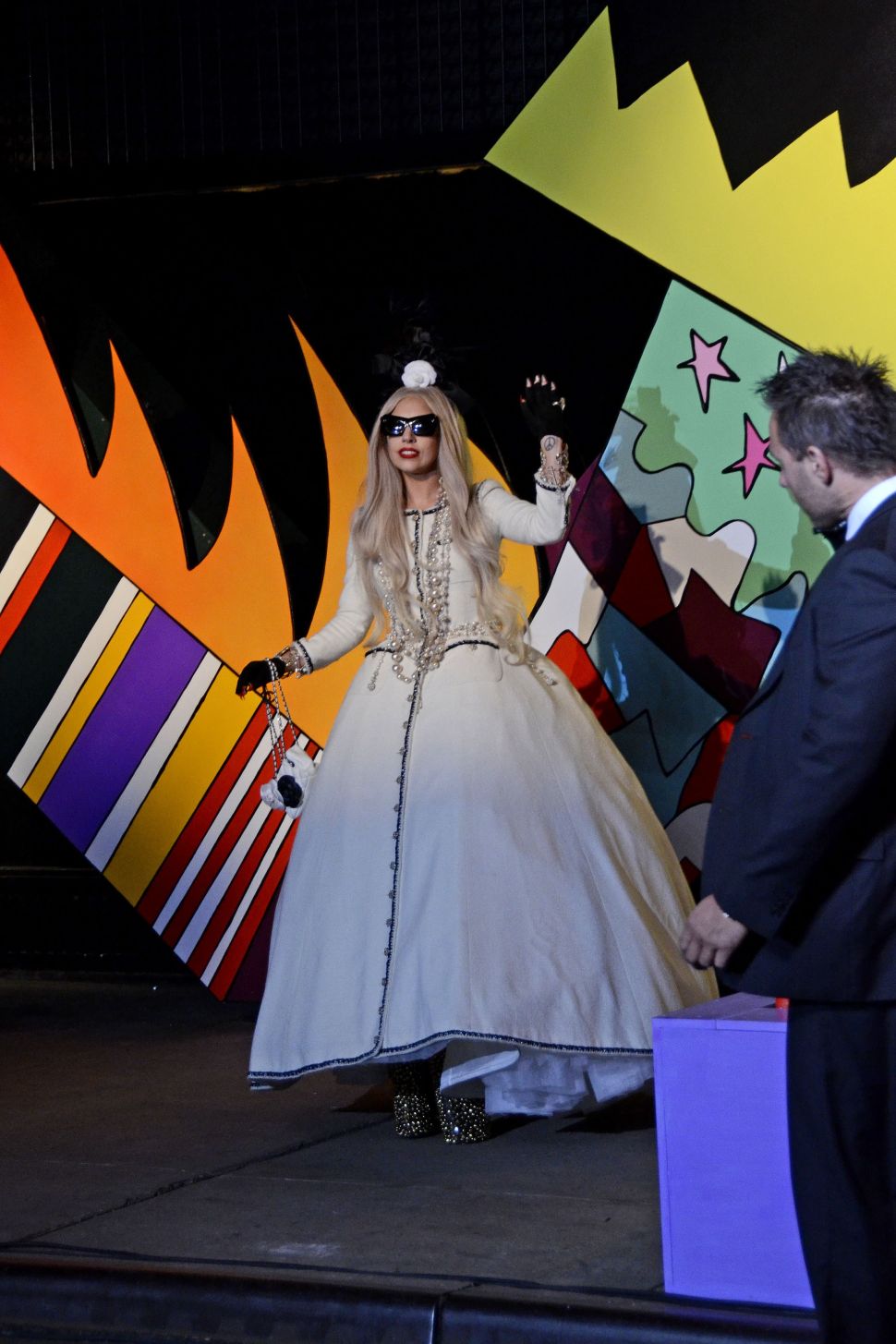