If you’ve spent any time around Zuccotti Park in the last three weeks, you’ve probably started wondering, like we have, how long it will take the tent city to create its own Patient Zero for some pandemic super-flu. After all, it’s not the most hygienic place in the world: the park doesn’t even have bathrooms yet, everyone sleeps in piles, and the kitchen is dangerous close to the compost area. There’s even a thing called Zuccotti Lung. Last time we were down there, at least three young adults who spoke to us added caveats to their statements because they were either sick or had just finished getting the flu shot (which in itself contains the flu virus, so if you’re already sick and you get a flu shot, you can actually make it worse).

So the news that healthcare professionals are going around and giving free flu shots to healthy OWS’ers should make the rest of the city sleep easier at night. We’ve avoided Captain Tripps! Unfortunately that’s not how many people are viewing the situation.

Yeah! Why should nurses and doctors (and the occasional Illuminati member sent by Mayor Bloomberg to sterilize all the teens in OWS) be giving away their services for free to these groups of angry discontents! After all, just because they’re complaining about not having healthcare doesn’t mean they should actually get it for free! At the very least, those Occupiers without healthcare should be forced to go down to Duane Reade or CVS and get their flu shots at a heavily discounted price, like the rest of us do. Or we could wait until they create a super-resistant strain of bug and the outcome is either Contagion or something involving zombies, like FoxNews is suggesting with their fear-mongering B-roll of people coughing near tents. 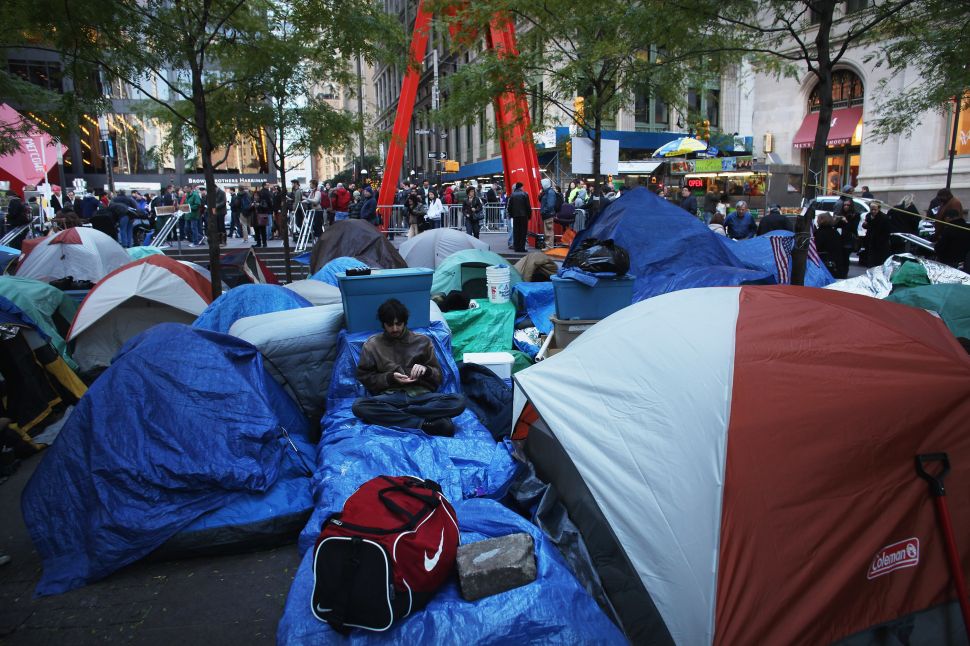