Despite rumors that he might be leaving Bravo,  Executive Vice President of Original Programming and Development/Real Housewives reunion coordinator Andy Cohen isn’t going anywhere…at least not in terms of screen time. In fact, his NYC-based late night show Watch What Happens Live is getting a major boost from the network to five nights a week. Watch out Jimmy Fallon!

Why should the ex-Saturday Night Live cast member be more worried than David Letterman, Conan O’Brien, and Jay Leno combined? Because Mr. Fallon’s niche–specifically, his ability to synthesize social media into brand hype–only works so long as he’s the only late-night host trying to work that market. Mr. Cohen however, built her persona from the ground-up using Twitter to interact with fans. (Not to mention that he started gaining a fan base by commenting on his own show’s Internet forums.) And, as The New York Times‘ Media Decoder pointed out: “Watch What Happens Live is produced live from a downtown Manhattan studio, making possible nightly interaction with viewers (in the Eastern Time zone anyway) by phone and social media, something none of the pre-taped late-night shows can do.”

Also, there’s going to be serving cocktails all night to the guests and the audience. We imagine a mash-up between a never-ending  Housewives reunion special and Jerry Springer. (This comparison might be especially apt, considering that the show will use mainly reality stars as guests.)

This move from two nights to five (currently WWHL is on Sundays and Mondays, but starting Sunday, January 8th at 11:00 pm ET/PT the show will run Sun-Thurs) might strike some as an odd move, considering that Mr. Cohen has been steadily moving up as a Bravo executive. Talent has never been his day job, just a lucrative side effect. But buried deeper in the article is this tidbit:

As a consequence of expanding his on-air duties, Mr. Cohen is giving up his executive vice president title, though he will remain in charge of program and talent development for the network.

Though Mr. Cohen will stay on as executive producer for Real Housewives, Top Chef, and several other programs, the show’s new format will help focus on developing Mr. Cohen as a Bravo property–and one quite popular with the ladies, the network’s target demographic–rather than a behind-the-scenes force. A Bravo press release names Mr. Cohen as EVP of development and talent.

Considering the  talented Mr. Cohen has been focusing on creative endeavors recently (such as his memoir), it’s doubtful anyone will consider the lack of a VP title a demotion. It’s just another stage of the Cohen chrysalis from a stuffy suit into a beautiful, reality star-loving butterfly. Spread your wings and fly, Andy! 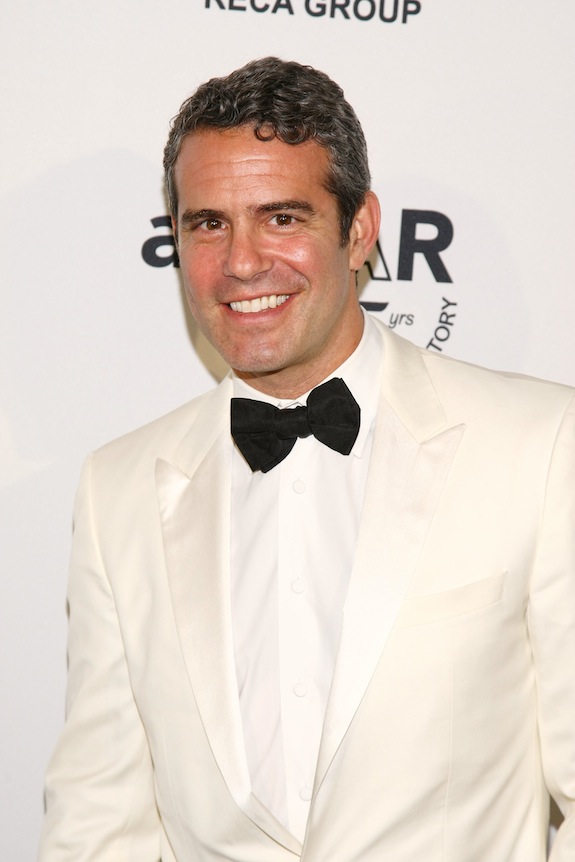