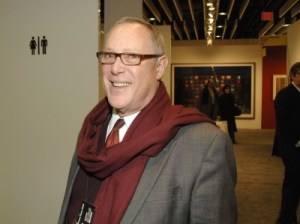 The dealer and art financier Asher Edelman of Edelman Arts Inc., who began his professional life in banking, just sent a letter to his friends and supporters this morning that denounced, in no uncertain terms, the city’s clearing of Zuccotti Park.

The statement reads, in part.

“Regardless of one’s political or economic persuasions, this act will be seen as having been cavalier and performed without thoughtful examination. What was a peaceful protest against the banking community and our government, who has donated and continues to donate tax payer money to the banks, will now morph into a dangerous movement of civil disobedience. The overwhelming majority of Americans will polarize from a disinterest in Occupy Wall Street to taking an aggressive stance for or against!

“History is the best teacher in such moments – a monumental mistake has been made at the risk of the people of New York and across the nation. When peaceful protest is denied it always evolves into less peaceful protest.”

Mr. Edelman’s Wikipedia profile state that “[i]n 1988, he taught a course called ‘Corporate Raiding – The Art of War’ at Columbia Business School, using as his textbook, Sun Tzu’s The Art of War.”