Surrounded by family, friends and allies on both sides of the aisle, Assemblyman Troy Singleton assumed the oath of office today as an assemblyman from the 7th District.

“It means a lot,” Singleton told PolitickerNJ.com between committee meetings. “I started my career in government as an intern, then a staffer. It’s very emotional for me, and I had a flood of memories.”

In attendance in support of the new assemblyman were his wife and three children, his grandmother and extended family.

Singleton and Assemblyman Herb Conaway (D-7) ran and won together this year in one of the most combative contests statewide.

“One thing stuck with me as I was first going to do this in April,” said Singleton, 38, of Willingboro. “I sat down with Lizzy Morris, who’s the longtime matriarch of Burlington County Democratic Party politics. She’s in her 90’s now, and what she told me was ‘there’s no substitute for hard work.’ I took that to heart, and knocked on 4,700 doors. Standing here now I can confirm, ‘there’s no substitute for hard work.’ These are the types of things that came back to me today.”

After his swearing-in this morning, Singleton took his seat on the higher education committee and is scheduled at 2 p.m. to assume his place on the commerce committee.

“Our focus first and foremost now must be employment,” said the assemblyman, who said he plans to sponsor two economic development bills.

Regarding Gov Chris Christie’s education reform agenda, Singleton anticipates supporting the basic outline, and does not have a problem supporting the Opportunity Scholarship Act pilot program.

“I’ve been pretty consistent,” he said. “Often the educational gap between urban and suburban students in this state is too wide. I’m glad to see my friends in the NJEA are embracing educational reform.”

Eager to undertake a full, two-year term in office, Singleton said, “I will promise hard work and dedication to the residents, and I will bring honor to the 7th District.”

Singleton is employed as the President of the Carpenter Contractor Trust and as a member of the Carpenters Local 715. He served in several governmental and policy positions, most notably as Chief of Staff to former Assembly Speaker Joseph Roberts.

He filled the seat vacated by Jack Conners who retired to serve as Director of Veterans Affairs for Camden County. 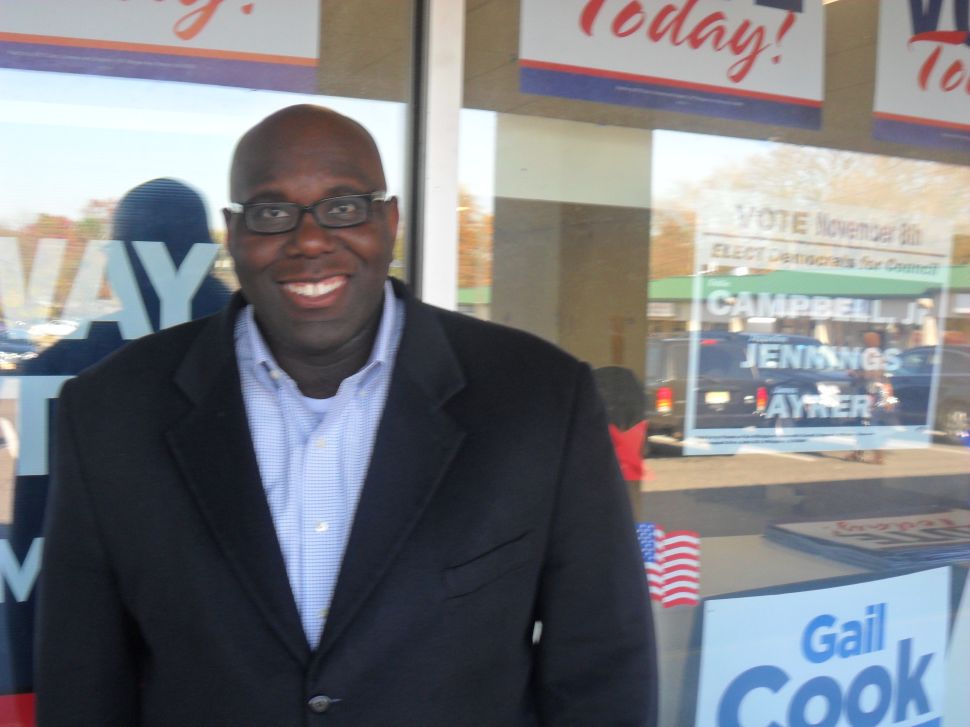