The Observer was on hand to witness the NYPD raid on Occupy Wall Street last night–or as much as we were able to see from behind the metal barricades police used to keep both press and protesters away from the encampment in Zuccotti Park. We saw violence in the “Canyon of Heroes” along Lower Broadway, multiple arrests, anger at the media and an unexpected celebrity cameo.

We arrived on the scene shortly after one in the morning. Multiple protesters told us the raid began at about 12:40 a.m. We attempted to access the park multiple times but were told we could not cross the barricades despite identifying ourselves as press and also stuck behind the barricades including photographers from the Wall Street Journal, New York Times and Reuters, a Japanese television crew, a man wearing a CNBC badge and an NBC cameraman who told us their live truck was blocked from entering the park. CBS reporter Manuel Gallegas also told us he was barred from the park.

“They’re kicking everybody out. Write about it,” Gallegas said.  END_OF_DOCUMENT_TOKEN_TO_BE_REPLACED 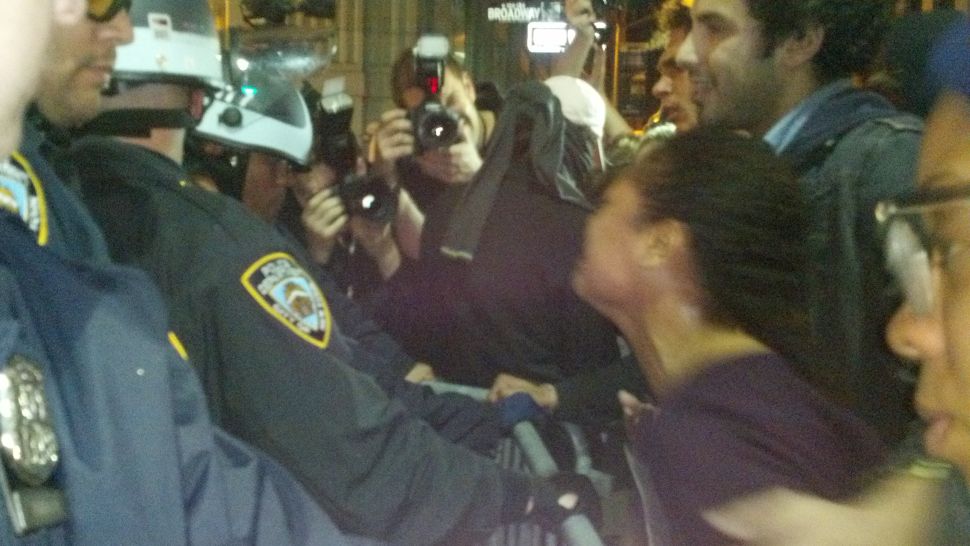