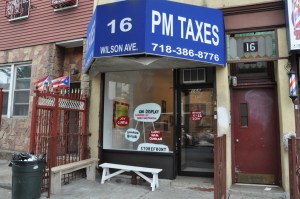 The gallery landscape is changing quickly in Bushwick.

After a two-year run, the Storefront gallery, on 16 Wilson Avenue, will close its doors on Dec. 18, Benjamin Sutton reports in L Magazine.

Partners Jason Andrew and Deborah Brown are parting ways. Ms. Brown has signed a new two-year lease for the space, and will operate it under the name Storefront Bushwick, while Mr. Andrew will continue to operate his Norte Maar nonprofit, which organizes interdisciplinary art projects.

“When we opened, we hoped for it to be a year-long effort,” Jason Andrew told Gallerist today via phone. “I’m pleased that we have been able to keep things going.”

“Both Deborah and I have different aims in the neighborhood,” Mr. Andrew told us. “It came time to reinvent ourselves in a different way.”

Ms. Brown’s solo space, Storefront Bushwick, will debut on Jan. 1, with an exhibition of work by Gary Peterson and Halsey Hathaway, which will be followed by a three-person show featuring Martin Bromirksi, Rachel LaBine and Elizabeth Riley, in February.

“I have a full six months planned,” Ms. Brown told us. “I’m going to show artists from the neighborhood, and put them with other artists, some I’ve known for a long time, to mix things up. I’ve loved doing this for two years, and I’m looking forward to doing it longer at this location.”

Update: An earlier version of this article stated that Ms. Brown would be involved with a space in the building at 56 Bogart. Though she is on the boards of NURTUREart and Momenta, which are located there, and considered opening there, this is no longer the case.