PRINCETON – In a packed meeting room at the Princeton Library today, Gov. Chris Christie commended Princeton Township Mayor Chad Goerner and Borough Council President Kevin Wilkes for their hard work in getting the two municipalities to merge by convincing residents to vote for it.

Such a goal – achieved earlier this month during a referendum at the polls – had been elusive in prior years.

“We in New Jersey are slow, but steady,” Christie said.

The merger will produce an estimated savings of $3.2 million annually. The one-time start up costs for merging are pegged at $1.7 million.

The discussion served as an opportunity for Christie to continue pushing two items he said the lame-duck Legislature still needs to act upon in order to provide future savings for taxpayers: civil service and sick-leave payout reform.

He stressed the latter item in particular.

“Now this is crazy,” Christie said. “Why do we pay people for not being sick?”

He said four police officers in Parsippany in Morris County retired on the same day, costing some $900,000.

“Can we agree that getting paid for not being sick is something we should end?”

While both Princeton officials said the biggest drivers are outside the 2 percent cap on property tax hikes – pensions and health care costs – they said collective bargaining and interest arbitration reform proposals should help moving forward.

Wilkes said the municipalities’ consolidation made sense since the borough was already sharing many departments and services. He added the consolidation will help to cut high-paying positions, as opposed to entry-level workers.

Christie said the tough positions both officials took is an example that should be replicated.

“We can’t try to govern in a way that makes everyone happy,” he told the standing-room crowd. “We need to think about how to do it smartly… and effectively.”

If we can’t make the tough choices, Christie said, the option is “higher and higher property taxes.” 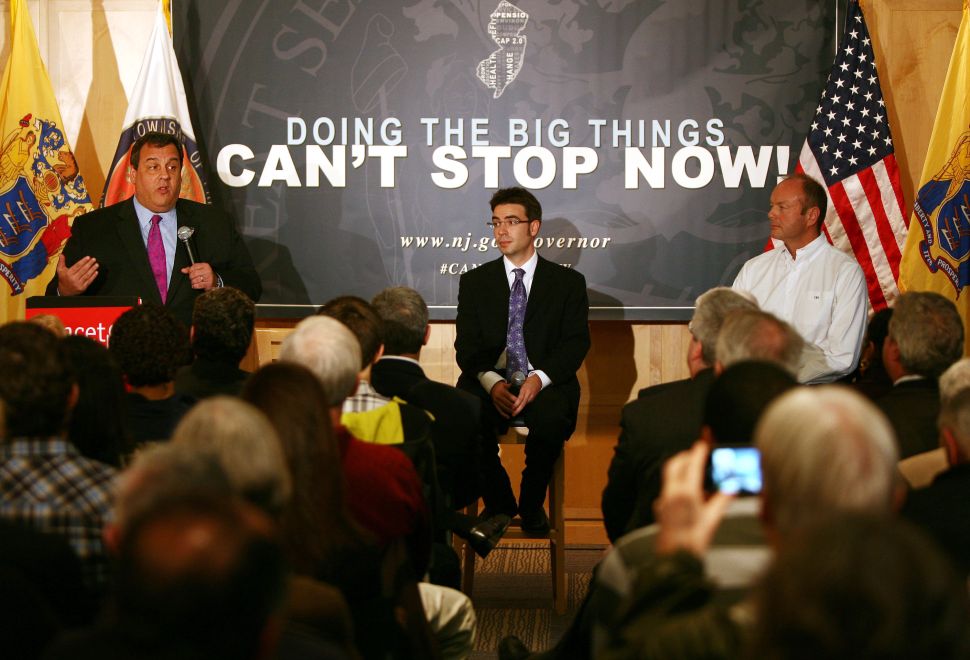