CAMDEN – Taking cues from his wife, Gov. Chris Christie is changing the “War on Drugs” – at least in New Jersey.

At a prisoner re-entry-staffed soup kitchen in Camden today, Christie announced his intentions to reform how drug convictions in New Jersey are handled. The state will conduct two pilot programs to provide treatment and training as an alternative to incarceration for non-violent drug offenders, eying a top-to-bottom restructuring of drug courts in the state.

Christie said the treatment approach is statistically “five-times better, in terms of no re-conviction.” But, he said, violence on the part of the offender must be punished. “You commit an act of violence, then you’re going to have to go to the back of the line.”

He credited First Lady Mary Pat Christie for pressing the issue with him.

“We’d like to see this program become a statewide program,” he said. “I’ll probably need help with the Legislature on this. I hope I’ll get it.”

“We’re willing to invest in this,” he said. “What we’ve done so far has not worked.”

He referred to the “War on Drugs” as a failure, although not completely.

“I think the people who started the ‘War on Drugs’ had the best intentions,” Christie said, which had “some successes.” But, “I don’t think the only weapon we have against the drug problem is incarceration.”

Christie announced his appointment of Lisa Puglisi, assistant counsel for appointments, as the Governor’s Office coordinator for re-entry. Puglisi will also serve as co-chairperson of the State Parole Board.

Serving with Puglisi is current board chairman James Plousis, a former U.S. Marshal and Cape May County sheriff, who is charged with increasing the role of the Parole Board in the restructuring, Christie said.

The program, he expects, will expand in the near future to two unselected locations. “We’re working with Chief Justice (Stuart) Rabner on that,” Christie said. 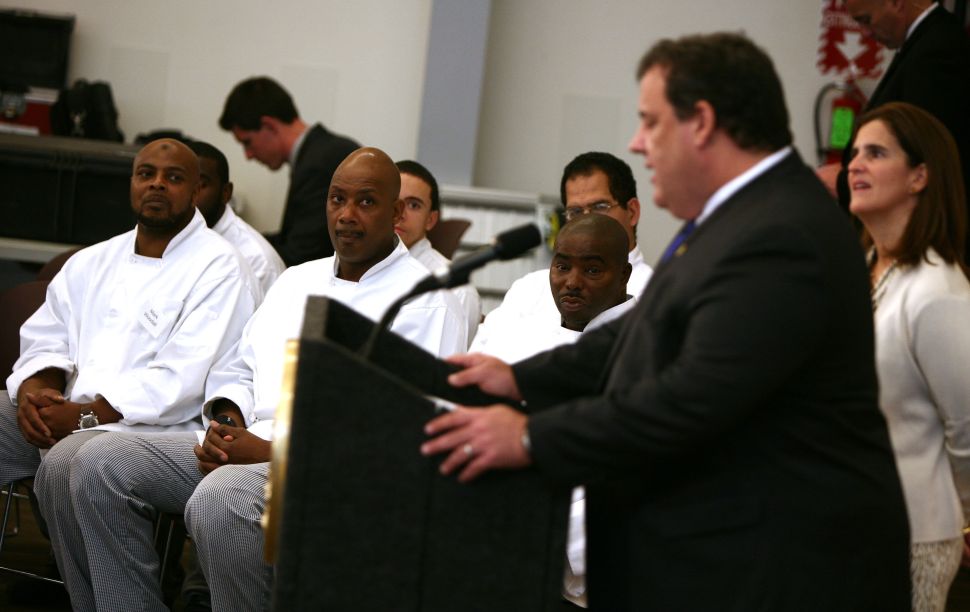