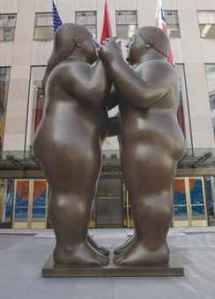 The Botero (Photograph courtesy of Christie's)

With premium, the whole sale brought in $15.3 million. Among the artists who achieved new highs were Franciso Toledo, Alfredo Volpi, Antonio Bandeira, and Franz Weissmann.