Update: We now  have video footage of Mr. Gessen talking while handcuffed, via ABC 7 News.

Sacrebleu! Boyfriend of Emily Gould and N+1 founder (in that order) Keith Gessen has been arrested on the mean streets of the financial district this morning during the march commemorating the two month anniversary of the Occupation. It’s like that time he went to Russia all over again! Plus…

Gawker’s Kaila Hale-Stern was in Zuccotti Park when we called her twenty minutes ago. She told us protesters were ripping down the barricades near the Men’s Warehouse, which they then brought back triumphantly to keep as spoils of war.
“Holy crap, are they singing Les Mis yet?” we asked.

“No, but that song has been running through my head the whole time,” she said.

So what was the current situation?

“It’s pretty quiet right now, but the police have put the barriers back up. Also, they were chasing people on foot through the park a little while ago.” 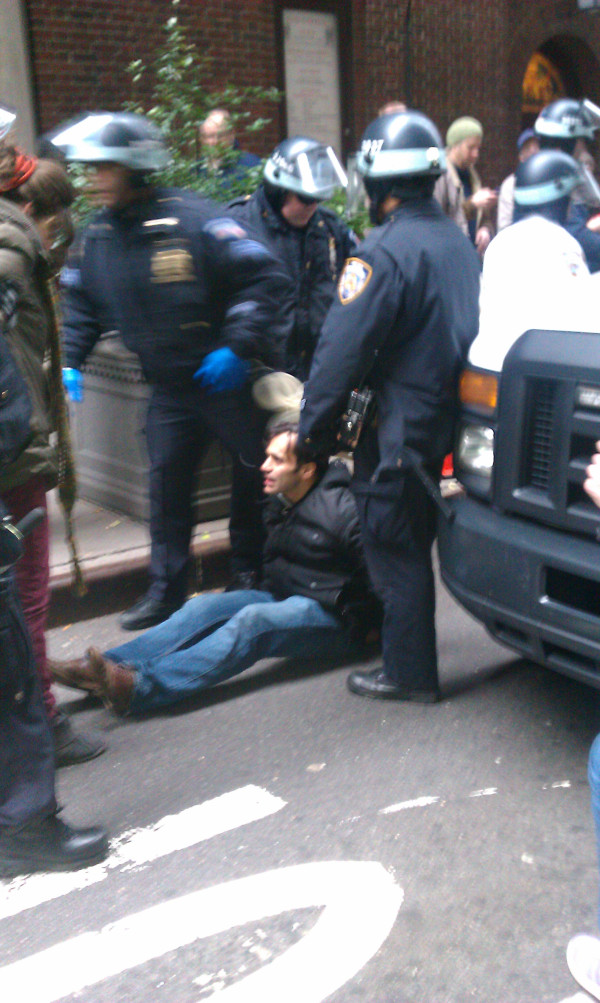