“I am pleased that Senator O’Toole agreed to join me in seeking a more equitable school funding formula by co-sponsoring the ‘Fair School Funding Plan,’” said Doherty, who has been traveling around the state to generate support for his initiative. “With Senator O’Toole’s sponsorship, the resolution enjoys unanimous support among the Republican members of the Senate Budget and Appropriations Committee.”

“The Fair School Funding Act” is a proposed constitutional amendment that would remove the state Supreme Court from schools funding decisions, and provide equal school aid for each student, regardless of where the student resides.

“I look forward to receiving more support for this common-sense education reform from those who care about New Jersey and the education that our children are receiving,” Doherty said. 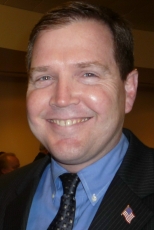