What words came to mind for the people who wrote Evelyn Lauder‘s obituary this weekend? Cancer advocate? Certainly…the woman pioneered the pink ribbon movement, and though she passed away nongenetic ovarian cancer at 75, her life after being diagnosed in 1989 was dedicated to living with– not dying from– the disease.

Survivor? That too: not just of cancer, but of Nazi-occupied Austria, which she fled from as a small child.

Fashion icon and perfume entrepreneur? Without a doubt. Though her mother-in-law Estee who may have founded the company and ran it with an iron nose, Ms. Lauder brought her own touch to the Estee Lauder brand; turning the small company into one of the most successful cosmetic companies in the world.

There are a lot of other words that fit Ms. Lauder as well: Benefactor, nurse, wife, mother, patron, New Yorker. ( The last in the truest sense of the word…an immigrant from “somewhere else” who consumed the city instead of letting it consume her.) To try eulogize Ms. Lauder would be like picking adjectives out of a hat made from cut-up stories of Princess Di, Mother Teresa, and Coco Chanel. So instead, we honor her memory by bowing to the best stories told from the people who knew her.

1. Kennedy Fraser‘s New Yorker profile, “As Gorgeous As It Gets“:

Across the table, Evelyn Lauder was talking animatedly about how Beautiful got its name. “I was the one who fought,” she was saying. “I was the one who said, ‘Let’s do it!’ And that’s a true story. I really pushed. Leonard was in the bathtub, and I took the soap and wrote ‘Beautiful’ across the mirror in that big script, like the old Revlon script.” “How do I get a sample?” Andy Warhol asked. Evelyn Lauder produced from her evening purse the refillable quarter-ounce gold perfume spray. He fumbled with the cap, then sprayed some on one hand and behind one ear. “You can keep that,” she told him.

Yesterday, after her death was announced, I got an email from a woman friend in Santa Barbara telling me how when she contracted a strain of leukemia a number of years ago, she called Evelyn asking for advice. Evelyn referred her to one of the best doctors in New York. My friend still has her blood checked by the same doctor. My friend never received a bill. There are scores of stories about women experiencing their first “scare” and Evelyn personally taking them to her doctors, and following up, a kind of Florence Nightingale.

Evelyn Lauder said she learned well before her marriage that her mother-in-law was tough; according to the New York Times (paywall), Estee Lauder “implored” Evelyn to run the birthday party for her son, Leonard, and Evelyn’s eventual husband. It was only their second date, but Evelyn accepted. Evelyn said she later spoke more frankly to Estee as she worked in the family business, and credited her childhood as a refugee from the Nazis with her strength of mind.

4. Linda Wells (as told to Elizabeth Angell) for Allure’s “In Memoriam“:

“In the past few years, she wore a lot of Alexander McQueen, which I just loved. She saw beauty everywhere and captured it in her own landscape and still life photography. I have a photo of rocks that she took, and she made them look luminescent.” Wells described how Lauder took to the dance floor during a recent industry charity event, where the Black Eyed Peas were performing. As with so many other things, Lauder led the way and others followed: “She was the first one to get up and dance in the aisles,” Wells said. “She did this fantastic kind of Beyoncé move and pretty soon the rest of the room was on their feet.”

She was sleeping when the ship carrying her from Europe sailed into New York. Her mother woke her up so that she could see the Statue of Liberty. Her powerful commitment to doing the right thing, like that of so many of her fellow refugees to our shores, contrasts ever so starkly with the evil she escaped.

Her life demonstrated what human freedom combined with innate decency could accomplish. Lady Liberty must be shedding some tears tonight for her adopted child.

So goodbye to our good friend, Evelyn Lauder, and our condolences to her husband Leonard and her children, and to her extended family at Estee Lauder who I know will mourn her passing. She defined style, but she was all about substance. 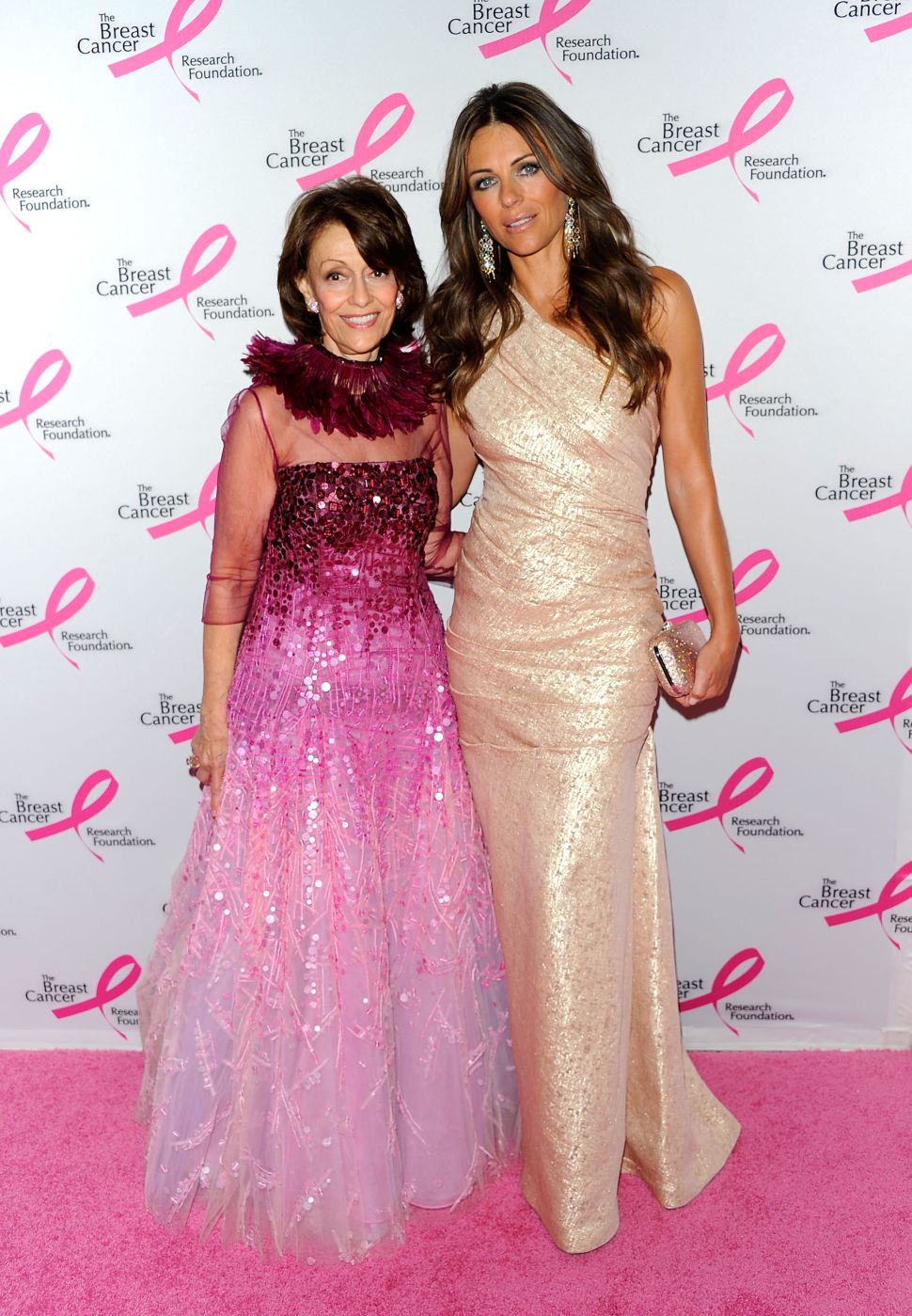