It was a rainy Wednesday as we sloshed into our lunch date at Del Frisco’s Grille with Bravo’s new reality food show star, Chef Roblé & Co.’s Roblé Ali. Despite the weather, Chef Roblé—whose known through blog buzz as the “hip-hop chef”—looks dry and impeccably hip as he orders the appetizers for the table. When the food arrives, the wunderkind chef and recent catering entrepreneur bites into one of his cheesesteak eggrolls. “These are sooo much better than the ones at Justin Timberlake’s place [the restaurant Southern Hospitality],” he moans, eyes closed. “That just wasn’t barbecue. It was very corporate over there. I was so disappointed.”

Not that Chef wants to diss on JT, of course. The former ’N Syncer “comes to Avenue all the time,” he said, referring to the Noah Tepperberg-run restaurant where he cooks. Mr. Ali even manned the burners for his last birthday party. Given the litany of celebs that he  has cooked for—Leonardo DiCaprio, Diddy, record executive Kevin Liles, Russell Simmons, Jay-Z, Bono, Kim Kardashian, Lady Gaga, Megan Fox (whom he didn’t recognize when they were hanging out, funny story … ), Vanessa Williams—it’s no surprise he’s got a reality show (in which he runs a swank catering business with his sister, Jasmine Ali).

After all, haven’t shows like Top Chef and Project Runway proven that cooks and designers with talent and charisma (not necessarily in that order) can ascend to the same star level as those who act in films, sell platinum records, or happen to be the daughters of one of O.J.’s lawyers?

And Roble Ali has the creds: after having been handpicked by nightlife impresario Mr. Tepperberg to be the executive chef at celebrity hotspot Avenue, a reality show on Bravo is a natural move for the attractive and ambitious schmoozer with a culinary gift. He was in the kitchen during The Stanton Social’s launch, alongside his mentor Chris Santos, who also hired the young Mr. Ali as Chef de Cuisine at Mojo. He was the youngest sous chef to work under the prestigious Abigail Kirsch.


“By the way, I really hate the term hip-hop chef,” the 27-year-old stopped us at the first mention of his moniker. “I am not the hip-hop chef. That all started with one blogger. I think Grub Street was the first to call me that, but when I started cooking at Avenue, you’d see it written up in the New York Post, New York magazine, Eater.

“I just find it so offensive. Like, what is a hip-hop chef?” the Poughkeepsie native continued, and we were unsure whether that was a rhetorical question. “I don’t rap, I don’t break-dance.” (However, Mr. Ali does indeed drop some impromptu rhymes in the premier episode of his show while in the kitchen with his “sauce boss” and childhood friend, “Che Gravy”:

“Chef Roblé
but my friends call me Bleezy
in complicated recipes
that I make it easy
Chili chicken tacos
Chicken and waffles
What else we got?
Falafels!)

“I mean, most of the guys I know in hip hop don’t even care about food,” Mr. Roblé concluded. (Also, there was a slight issue of trademark infringement, as a man by the name of Cooking Tyrone had already put in the paperwork for ownership of the “Hip-Hop Chef” title.)

While we waited for our main course to arrive, Mr. Roblé kept dropping hints about his “late night” that preceded our lunch, so we decided to (not literally) bite. How was his evening?
“So amazing,” we are told. This was due to Mr. Roblé’s hosting gig for the NGO The African Future, a charity whose current mission is to provide food to Somalis.”They were looking for young Somalis who were already doing stuff. I throw events for them. I’m the social guy, I’m the glue,” he assured us. He plans to take a trip to the country , where he has family, by April.

Just as the young caterer/chef/scenester begins to choke up from talking about feeding starving African children—us, staring at our clam flatbread as if it held the key to naturally segueing this conversation to the time he catered for Michael Jackson–we are saved when Chef Roblé moves on to his after-party adventures. This included a visit to a DJ friend at Grove 49 and a nightcap at the Boom Boom Room. This topic seems to have perk up the chef, who met his current girlfriend Ayan Elmi, a Somali-Canadian fashion model and the new face of Canada’s tourism campaign, at 1Oak.

As for his actual business, Chef Roblé seemed unsure when his next catering event would be. “This is the slow season,” he told us, packing up the rest of his steak for Ms. Elmi. “Usually it picks up around holiday season again.”

Though if catering doesn’t work out, Chef Roblé has another pilot for a food show, What’s Really Cooking, which has already been shot and edited (and is viewable online.) Chef Roblé, it appeared, will always have a plate on the back-burner in case his current dish didn’t sell. 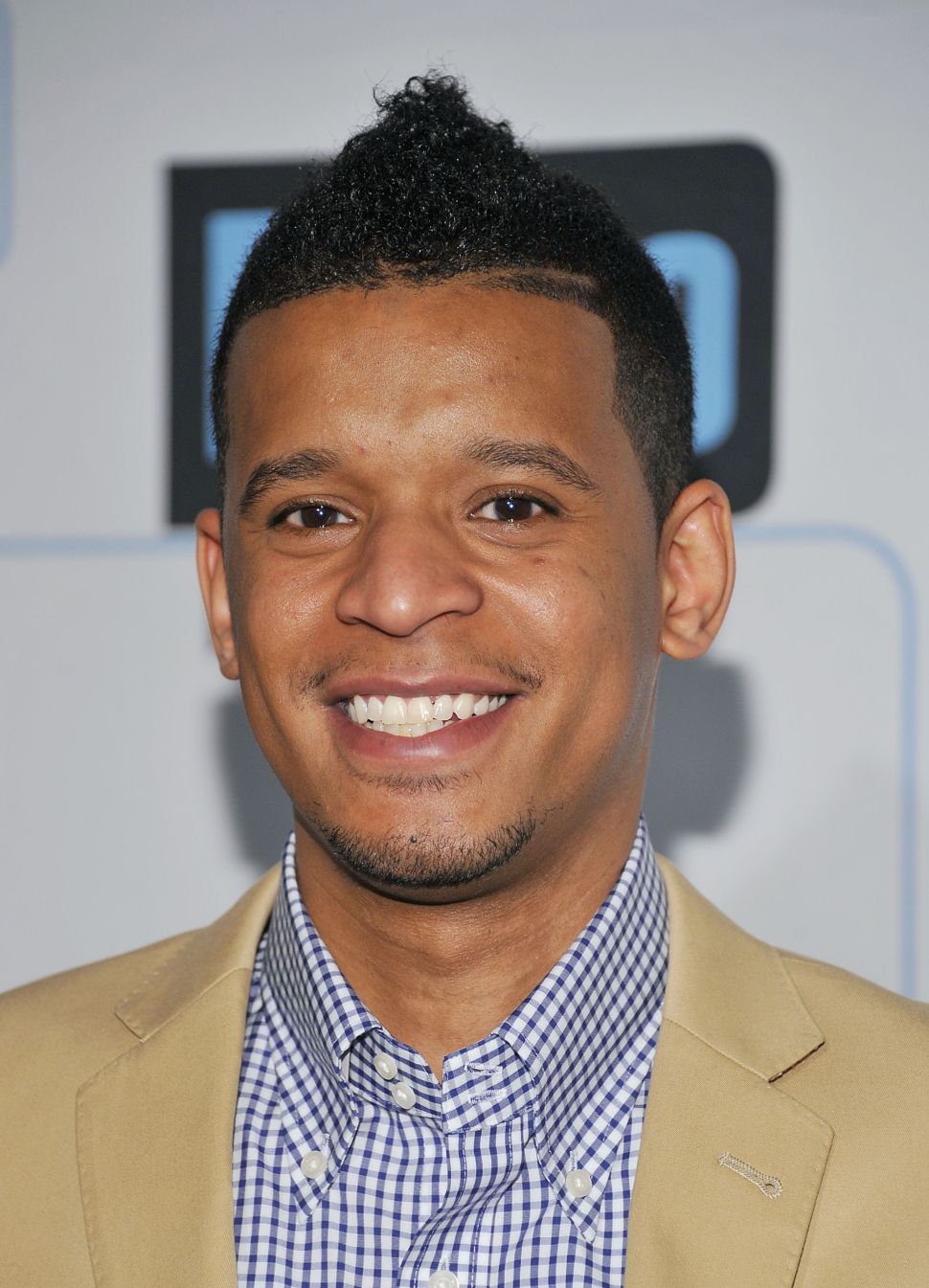