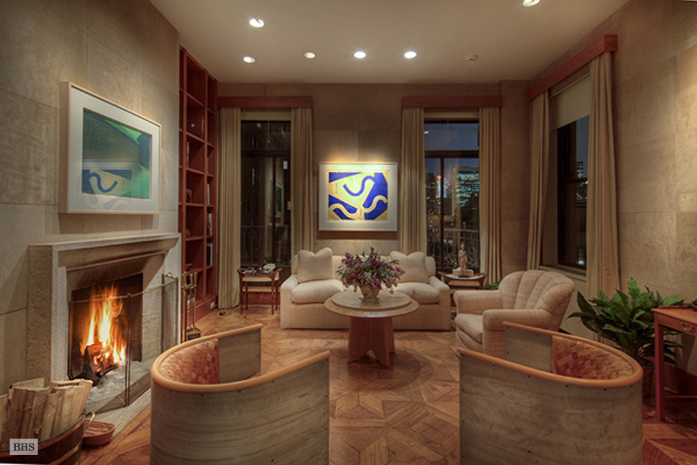 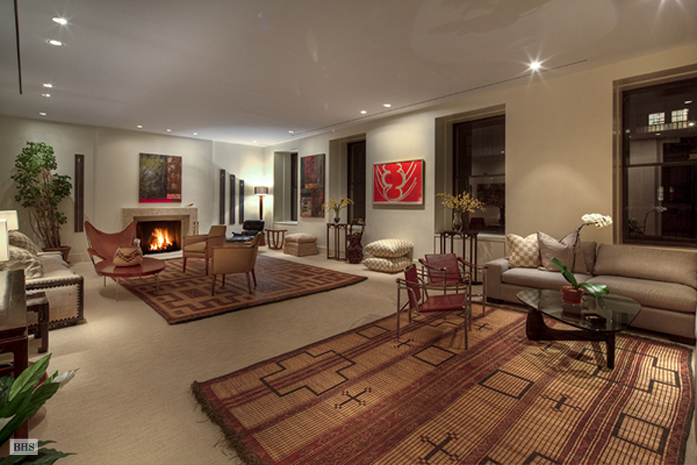 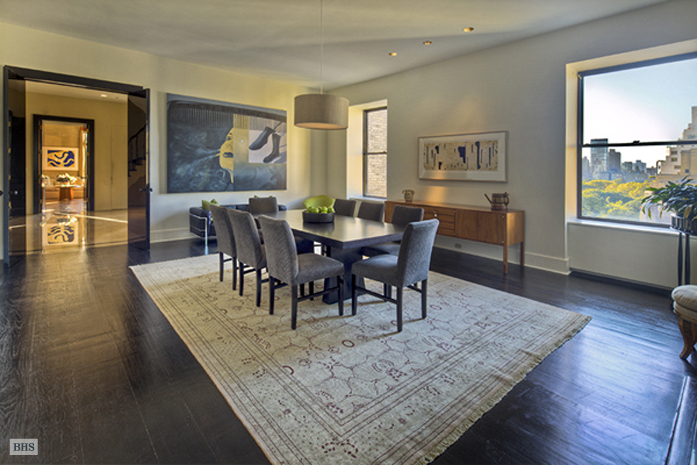 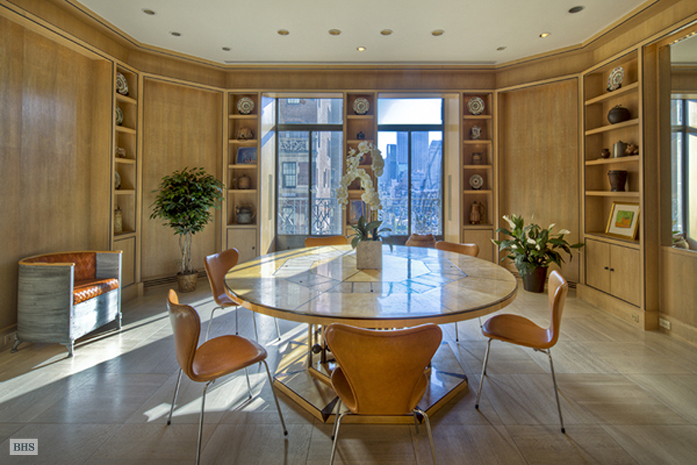 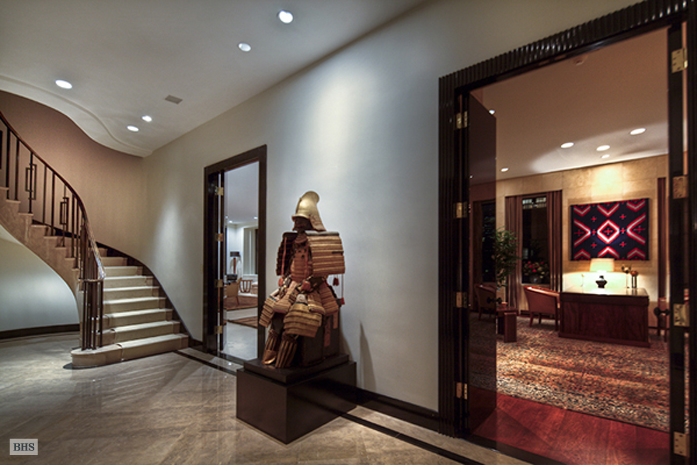 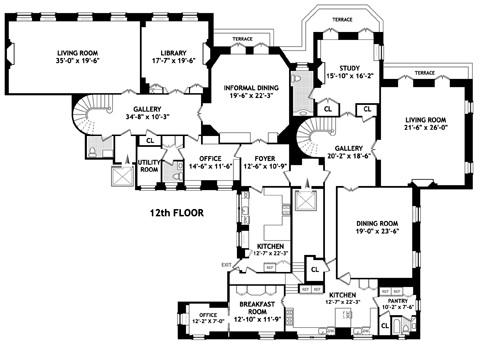 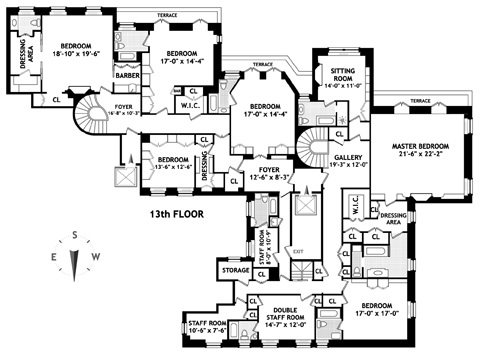 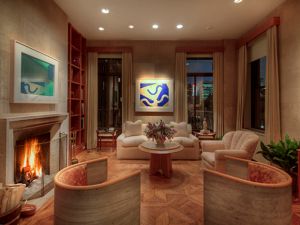 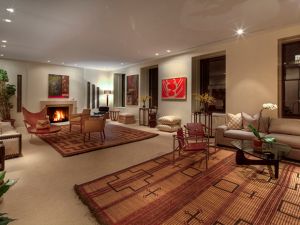 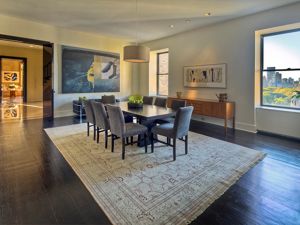 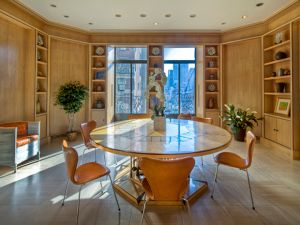 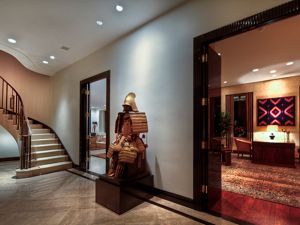 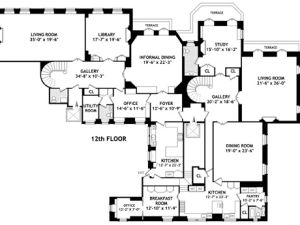 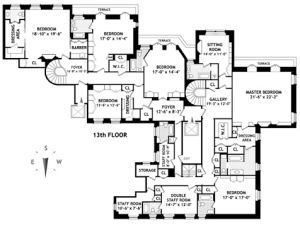 For those in the know—and with Scrooge McDuck quantities of money piled high in their private vaults—Courtney Sale Ross’ apartment at 740 Park has been sitting quietly on the market for the past several years. Abandoning the whispering tactic, the listing for Ms. Sale Ross’ home has hit the open with a resounding boom. It is still seeking the same $60 million it has been since 2008, changing times be damned.

The listing went public yesterday, and the thirty room duplex has our mouths watering. Kathy Sloane of Brown Harris Stevens, the broker representing Ms. Sale Ross, takes full advantage of the building’s pedigree in her listing.

“Located on 71st and Park Avenue, this building provides the highest level of living available in New York City and the world,” the listing states. No mention of Michael Gross’ eponymous biography of the building.

The home includes not one but two libraries, six terraces and seven wood burning fireplaces, according to the listing. Perhaps Ms. Sale Ross and Ms. Sloane were encouraged by the Fischbachs’ recent sale in the building?

In this market, even with luxury real estate booming again, $60 million seems more than over the top. We’re taking bets on how much the place actually sells for. We’re going to say $42 million, and it will probably be another two years.