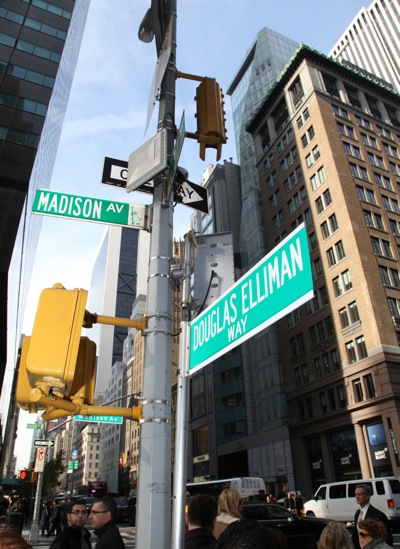 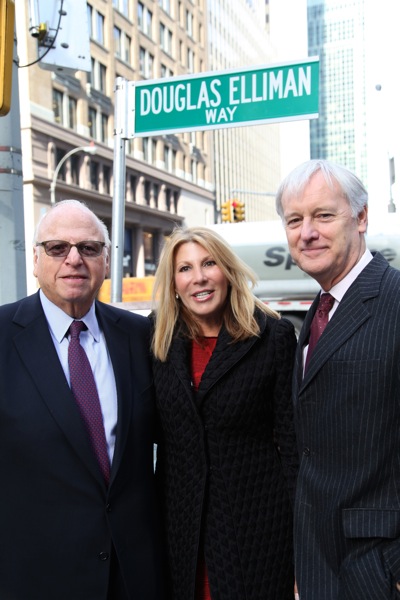 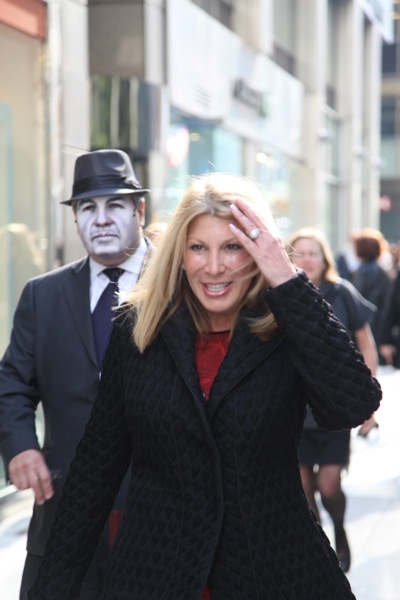 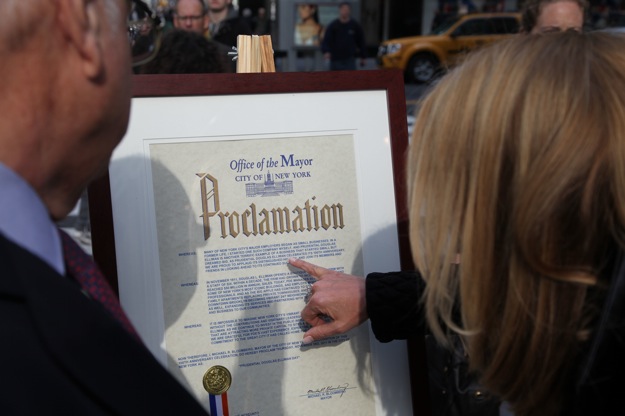 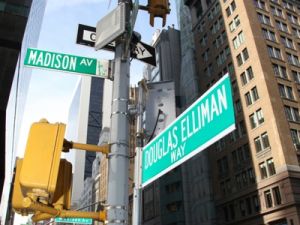 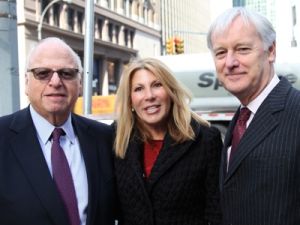 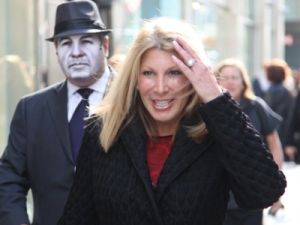 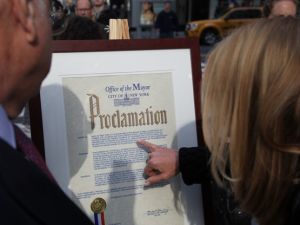 Yesterday, august real estate brokerage Prudential Douglas Elliman celebrated its 100th birthday. By order of the mayor, yesterday was declared Douglas Elliman day, in honor of the broker who founded the firm at 412 Madison Avenue and is often credited with making uptown chic. Firm owners Dottie Herman, Howard Lorber, even the ghost of Elliman himself were on hand to celebrate the occasion.

In addition to reading out the proclamation, Ms. Herman unveiled a Douglas Elliman Way street sign, which the brokerage has applied to the city to have installed on the corner outside their office, 57th and Madison. (The operation actually got its start about 10 blocks south.)

“I think he is one of the most important New Yorkers, because he basically created the real estate industry as we know it today,” Ms. Herman told The Observer over champagne and cupcakes after the event.

All photos by Gotham Photo Company.